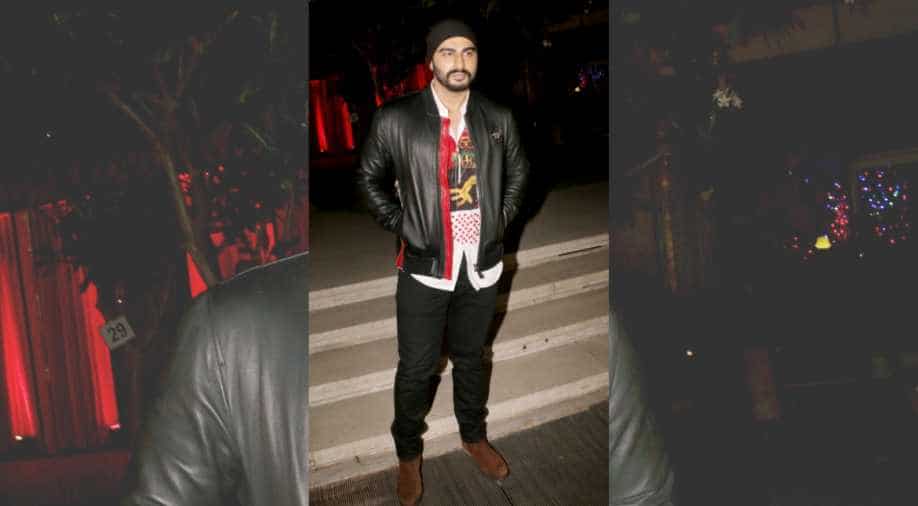 On Friday, Arjun Kapoor shared a picture-perfect collage of sister Anshula Kapoor and mother Mona Shourie Kapoor where the two look almost identical in strikingly similar Indian attires and captioned it, 'Like mother, Like daughter'.

Move over the saying `like father, like son`, as actor Arjun Kapoor has penned a new expression in admiration of his mother and sister.

This tribute to his ladies comes amidst his workout-picture-sharing-spree ahead of his upcoming film `Panipat'.

The `Ishaqzaade` actor has never shied away from sharing his life on social media.

Recently, the actor opened up about his battle with obesity and how he vowed to never give up in a series of tweets.

It’s been a tough journey for me ever since I was a kid when it comes to my battle with obesity. Everyone has their own struggles I have had and continue to have mine. But the whole point of life is that we fall, we get back up and try again... pic.twitter.com/CYCeIMwfsj

Ever since `Panipat` was announced and Arjun was roped in to play the lead, he has been prepping hard, displaying unmatched energy. The Ashutosh Gowariker directorial also stars Kriti Sanon and Sanjay Dutt and is slated to release on December 6, 2019.

Arjun was last seen in Raj Kumar Gupta`s `India`s Most Wanted,` which released on May 24, 2019. He will also appear in `Sandeep Aur Pinky Faraar` alongside Parineeti Chopra.