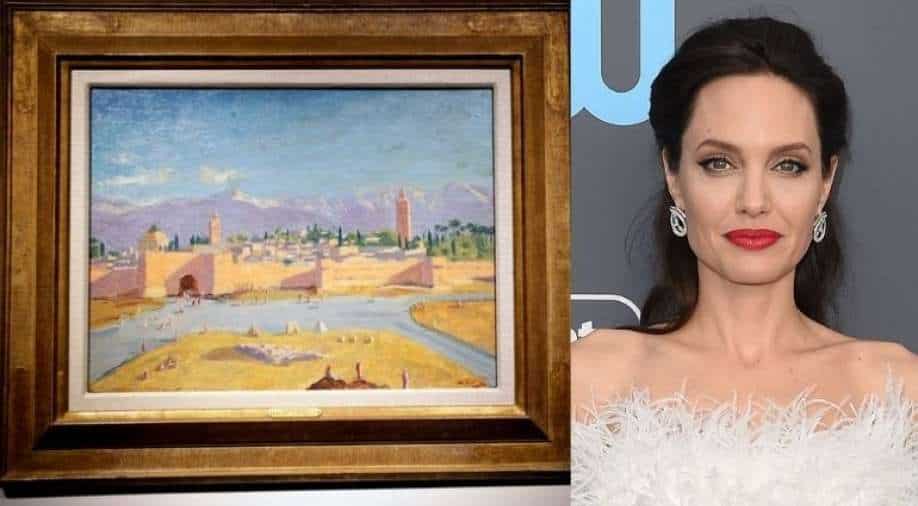 A painting by Sir Winston Churchill dating back to World War II era and owned by Angelina Jolie has been auctioned for £8.285m.

A painting by Sir Winston Churchill dating back to World War II era and owned by Angelina Jolie has been auctioned for £8.285m (USD 11 m approx).

The painting was auctioned at a price four times more than its estimated cost and beat the previous record price for a Churchill which sold under £1.8m (USD 2m approx).

Jolie had been the owner of the painting for a while now before she decided to put it on auction.

Titled as 'Tower Of The Koutoubia Mosque'- the painting was Churchill's only artwork during the World War II era. The painting was sold on Monday at Christie's in London to an unidentified buyer.

Churchill drew a 12th-century mosque in Marrakech at sunset with the Atlas Mountains in the background. It is believed that the painting was finished post the Casablanca Conference of January 1943, where Churchill and US President Franklin Roosevelt planned the defeat of Nazi Germany.

At the time, Winston Churchill gave the painting to Roosevelt as a birthday present.

The painting was sold after the US president died in 1945 and it had several owners before actress Angelina Jolie and her then-partner Brad Pitt bought it in 2011. The couple got separated in 2016 and subsequently divorced three years later and the painting was sold on Monday by the Jolie Family Collection.