Versace's Manhattan townhouse goes up for sale for $70 million 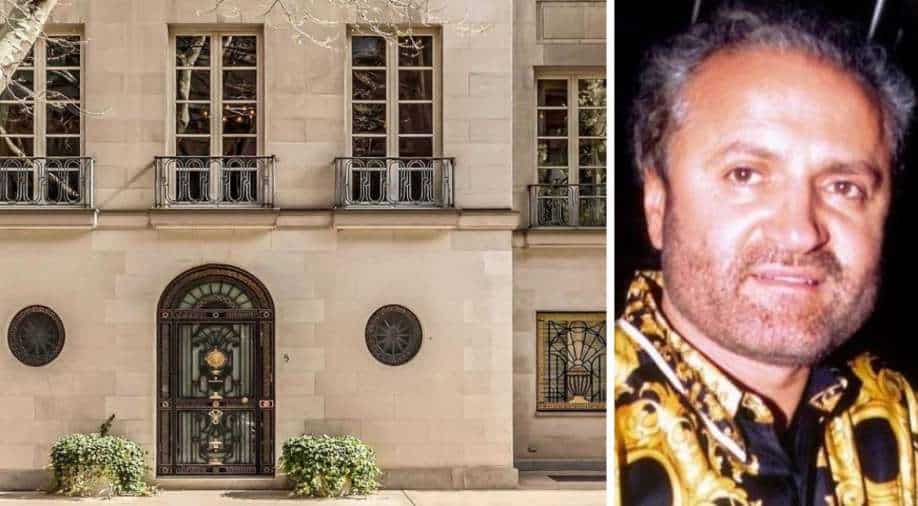 Built in 1950, Gianni Versace bought the townhouse in 1995 Photograph:( Twitter )

The seven-bedroom mansion was bought by the late fashion designer in 1995 and is now reportedly priced at $70 million.

Gianni Versace's former townhouse in Manhattan is up for sale. The seven-bedroom mansion was bought by the late fashion designer in 1995 and is now reportedly priced at $70 million.

Versace had fully refurbished the interior, according to the Sotheby's International Realty listing.

The mansion was originally built in 1950 and offers the buyer the chance to "live like royalty" and "own a piece of real estate and fashion history," the listing says.

The floors are Italian marble and Austrian parquet. There are five fireplaces, painted walls and ceilings and mosaic. Every floor of the mansion is decorated with a different, distinct theme.

"Versace's genius and vision are revealed over the first 4 floors, each presenting the designer's legendary taste and permeates the home," the listing adds.

The entrance opens to a marble staircase and gallery with a decorative Greek key pattern border, and the garden level has hand-painted canvas walls inspired by an English neoclassical manor.

The third-floor ceiling resembles the vault of the Sistine Chapel, alongside restored 19th-century panels Versace sourced from a Florentine palazzo.

The fourth floor of the mansion offers a double bathroom spa that the listing describes as "one of the grandest in the city," and the fifth and sixth floors house bedrooms and a Moroccan-style media room.

One of the most influential figures in fashion in the 20th century, Gianni Versace was shot dead on the steps of his Miami Beach Villa in 1997. Following his death, his sister Donatella Versace lead the brand's creative vision which now under US company Capri Holdings which bought the brand in 2018.