Superman comes out as bisexual; 'not a gimmick,' writer says 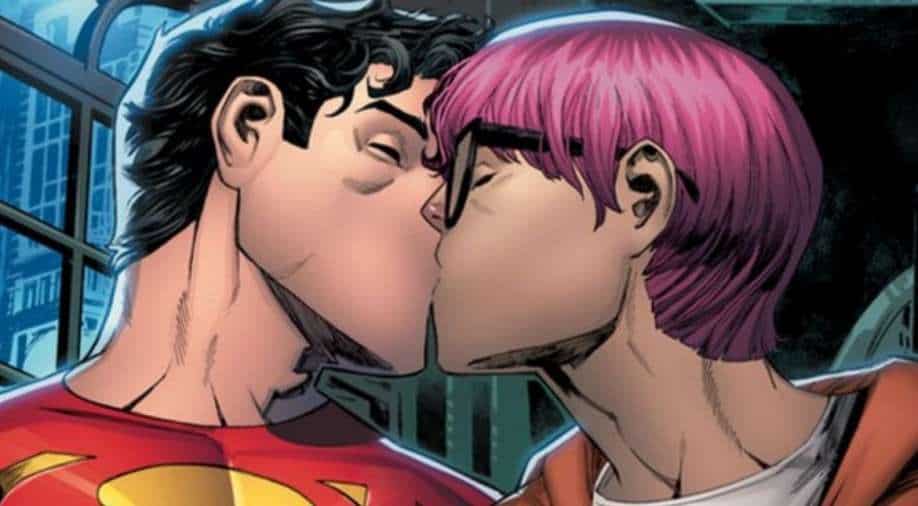 The young man kisses reporter Jay Nakamura in issue five of the comic book 'Superman: Son of Kal-El,' which will be released on Nov. 9.

Out, out and away! - for Superman on US National Coming Out Day. Jon Kent, the son of original Superman Clark Kent and journalist Lois Lane, turns out to be bisexual in DC Comics` latest iteration of the superhero`s adventures.

The young man kisses reporter Jay Nakamura in issue five of the comic book 'Superman: Son of Kal-El,' which will be released on Nov. 9.

"It's not a gimmick," the writer, Tom Taylor, said in an interview from Melbourne, Australia, wearing a T-shirt with a rainbow-striped Superman logo.

"When I was offered this job, I thought, `Well, if we`re going to have a new Superman for the DC Universe, it feels like a missed opportunity to have another straight white savior," he said.

National Coming Out Day is observed on Oct. 11 in the US to support lesbian, gay, bisexual and transgender people.

"We didn't want this to be 'DC Comics creates new queer Superman,'" Taylor said. "We want this to be 'Superman finds himself, becomes Superman and then comes out,' and I think that`s a really important distinction there."

"I'm seeing tweets of people saying they burst into tears when they read the news, that they wished that Superman was this when they were growing up, that they could see themselves," he added.

Just like his father before him, Jon Kent has fallen for a reporter 💙 Learn more about the story to come in SUPERMAN: SON OF KAL-EL #5: https://t.co/bUQAsos68o #DCPride pic.twitter.com/wfQPc3CEVD

"People are saying for the first time ever they're seeing themselves in Superman - something they never thought was possible."

"He is as powerful as hope, faster than fate and able to lift us all and he`s a very new hero finding his way, fighting things his father didn`t as much," Taylor said, who wants this to be the new normal.