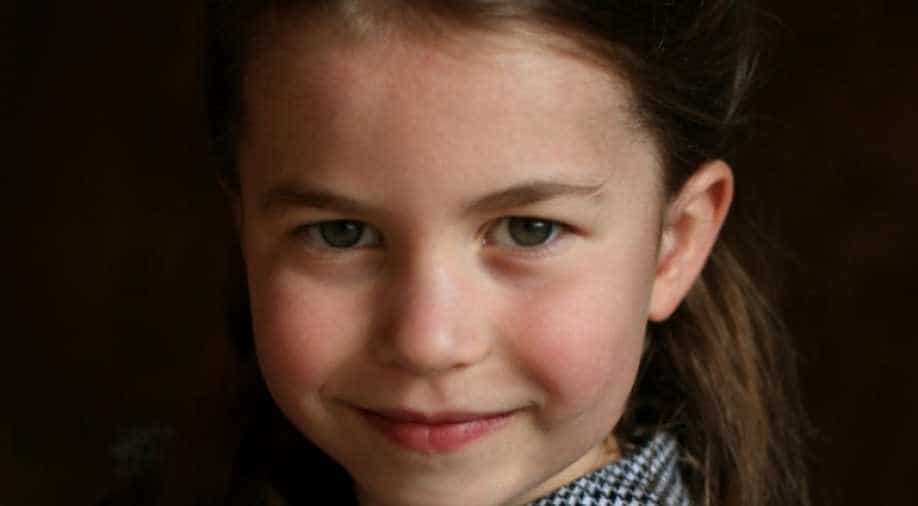 One of the photos released as Princess Charlotte turned 5  Photograph:( Reuters )

Marking her 6th birthday, the Royals released a new picture of  Princess Charlotte and she is looking all grown up.

In the picture released, Princess Charlotte -- fourth in line to the British throne -- is all smiles and looking adorable in a floral summer dress while her long blonde hair rests on her shoulder. The picture was taken by her mother the Duchess of Cambridge this weekend in Norfolk.

📸 The Duchess of Cambridge pic.twitter.com/tBPXrv2CJT

William and Kate are also parents to 7-year-old son Prince George and 3-year-old son Prince Louis.  Charlotte is the middle child of the Royal couple. She was born at 08:34 in May 2015 in the Lindo Wing of St Mary's Hospital in Paddington, London – the same hospital where Kate gave birth to her two sons.

Thank you to everyone for the kind messages on our wedding anniversary. We are enormously grateful for the 10 years of support we have received in our lives as a family. W & C

Earlier, this week the duke and duchess celebrated their 10-year wedding anniversary. In honour of the occasion, Kensington Palace released two portraits of the royal couple and also shared an Instagram video of the pair and their three children.  "We are enormously grateful for the 10 years of support we have received in our lives as a family. W&C."