No dancing with the devil - Cyprus Eurovision entry raises some hackles 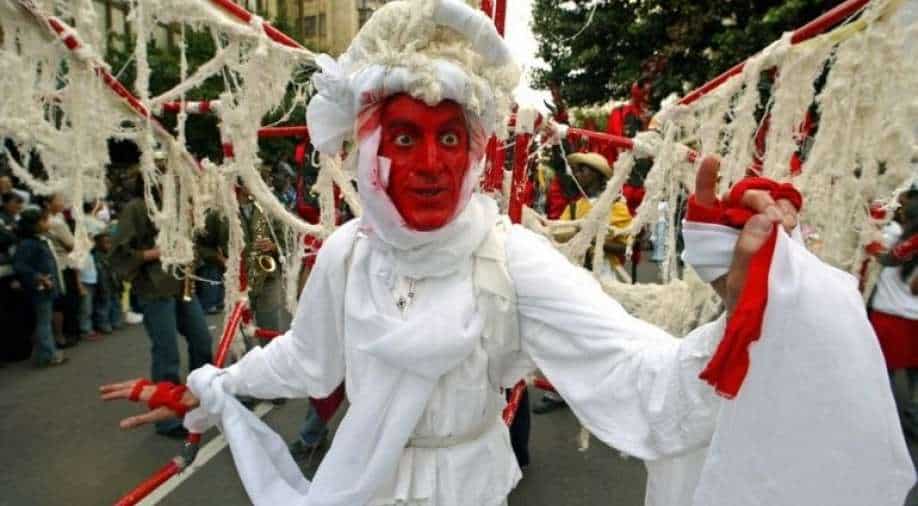 'El Diablo' (The Devil), a dance mix performed by Greek singer Elena Tsagrinou, was announced this week as Cyprus` entry to the Eurovision Song Contest, scheduled in May in Rotterdam.

Some Christians in Cyprus are in a lather over the country`s offering this year to the annual Eurovision song contest, saying it has scandalised the faithful with its references to the devil.

"El Diablo" (The Devil), a dance mix performed by Greek singer Elena Tsagrinou, was announced this week as Cyprus` entry to the Eurovision Song Contest, scheduled in May in Rotterdam.

The catchy tune includes lyrics like "I fell in love .. I gave my heart to El Diablo" and "I gave it up because he tells me I`m his angel", calling the relationship spicy and hotter than sriracha, a hot sauce.

A video with the song shows Tsagrinou dancing on an exercise mat, then dancing with individuals lunging at her, presumably little demons.

"This is scandalous to us Christians," petition starter Demetris P wrote on a popular petition site in Cyprus, whose Christian community are mostly Greek Orthodox.

His petition calling for the song to be withdrawn had more than 2,500 signatures by early Friday afternoon.

One political party, the nationalist far-right ELAM, said the song "sent wrong messages". It didn`t say to whom.

Religious instruction teachers also waded in. "If the only thing we are angling for is the top place, we shouldn`t participate at all if we are representing ourselves with every and any diabolic sub-culture," their union said.

Cyprus` national broadcaster and Eurovision contestant, the CyBC, revealed its pick to represent Cyprus on Wednesday.

On Friday, it said the lyrics told the story of the enduring battle between good and evil, and a woman suffering from Stockholm Syndrome.