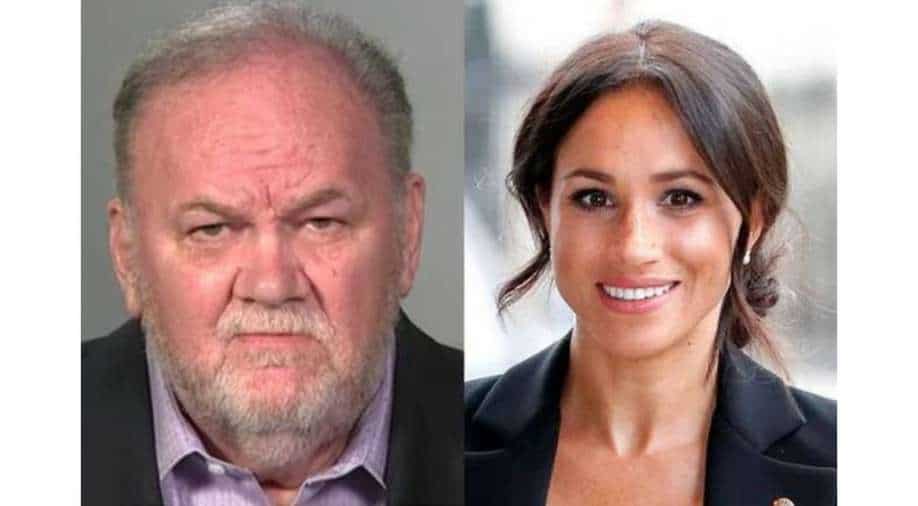 Earlier this month, in a tell-all interview, Meghan opened up to Oprah about her father's "betrayal".

Reportedly, he drove to Oprah's home, which is just miles away from Meghna and Harry's mansion, in an attempt to communicate with Oprah and to personally deliver a letter asking her to interview him.

The Sun has shared some images showing the 76-year-old hand-delivering a letter to a security guard wearing a mask outside Winfrey's Montecito estate. "Thomas delivered a letter to Oprah asking her to contact him so he could tell his side of the story," an insider said, clarifying that the note was not for the Royal couple and "meant for Oprah'', to bring out his side of the story

Thomas has previously stated that he wants to talk to Oprah about his relationship with Meghan. He told The Sun in January 2020, “I was going to write Oprah a letter asking her to let me have an opportunity to speak.”

"Thomas watched the interview she did with them and feels he deserves a chance to have his say," the source added.

Earlier this month, in a tell-all interview, Meghan opened up to Oprah about her father's "betrayal" after he posed for paparazzi photos ahead of her wedding day. The duchess revealed that Thomas lied to her back then and said he was "absolutely not" working with the press when in reality, he was helping the tabloids. "'I just need you to tell me. And if you tell me the truth, we can help.' And he wasn't able to do that," Meghan recalled, revealing that she and Harry tried to offer him protection from the tabloid.

However, two days after Oprah's interview, Thomas appeared on ‘Good Morning America’ and responded to his daughter's allegations against the British royal family and their racist remark on her child. The senior Markle termed it as just a 'dumb question' and said he did not think the royal family was racist and all of it was bulls**t.