Meghan Markle looked stunning in a red Carolina Herrera outfit which had a deep neckline, pleated skirt and a thigh-high split.

Meghan Markle, the Duchess of Sussex, pulled all stops in a red ensemble as she, along with her husband Prince Harry, celebrated the military on the eve of Veterans Day in the US and Armistice Day in Britain. The Duke and Duchess attended the 'Salute To Freedom' event in New York on Wednesday night.

Markle looked stunning in a red Carolina Herrera outfit which had a deep neckline, pleated skirt and a thigh-high split.

She completed her glamorous look with a pair of matching slingback heels by Giuseppe Zanotti.

She accessorised with Maison Birks earrings and also gave a tribute to her late mother-in-law in a Cartier bracelet. She tied up her hair in a sleek bun and sported dark eyeshadow. 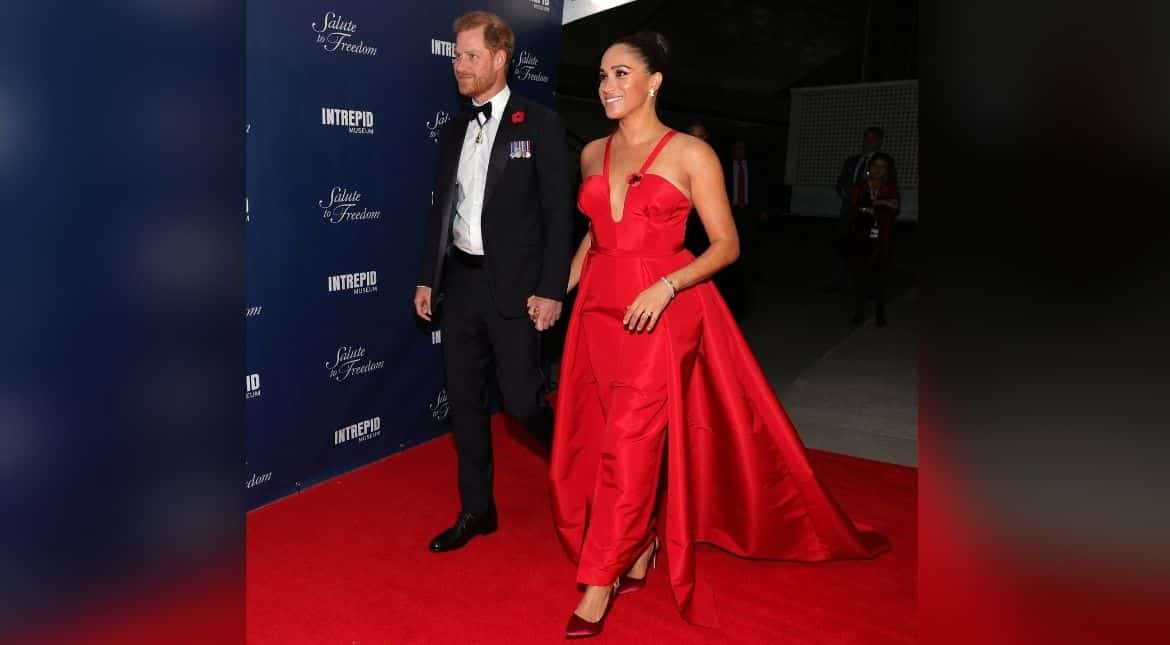 Venezuelan-American designer Ms Herrera shared a sketch of Meghan's bold red dress on her Instagram page and explained how it was 'designed as part of the Pre-Fall 2022 Collection by Creative Director Wes Gordon'.

Harry, looked dapper in a black tie with the KCVO (Knight Commander of the Royal Victorian Order) Neck Order and Star on his bow tie.

This is a medal given by the Queen in recognition of distinguished personal service to the monarchy.

Harry, who served in the British Army for ten years, handed out medals for the Intrepid Valor Awards to five service members, veterans and military families who are living with the 'invisible wounds of war'. 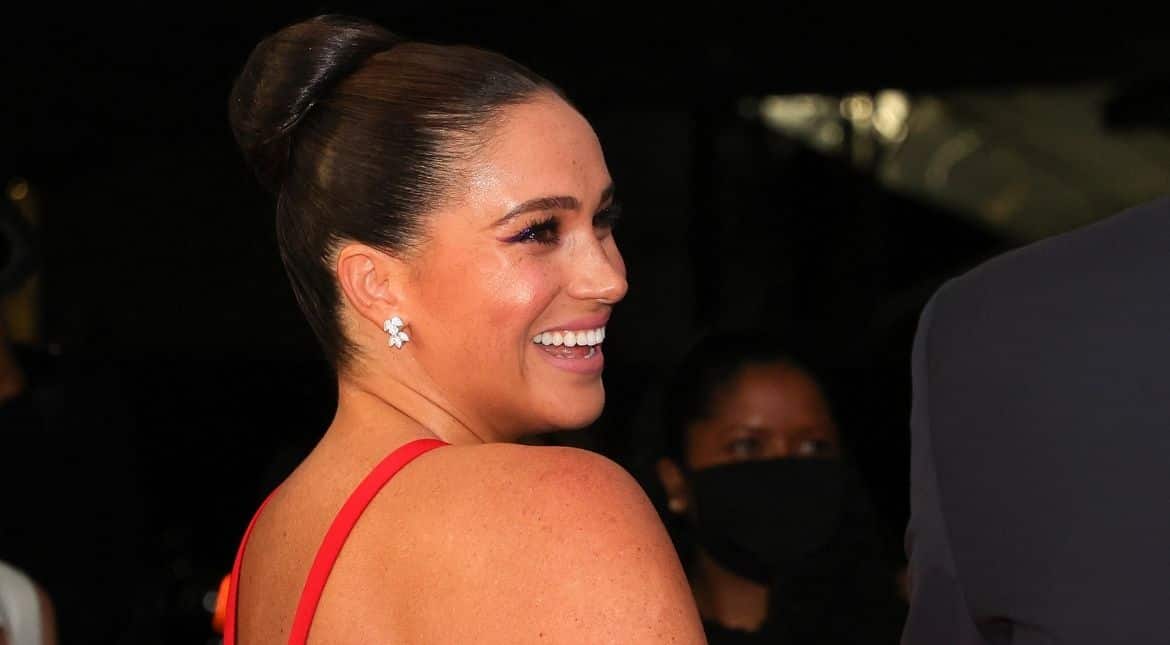 The couple appeared a day after the Duchess issued an apology for misleading a British court about the extent of her cooperation with the authors of a sympathetic book about her and Prince Harry.

Meghan Markle is embroiled in legal action in London over a newspaper's publication of portions of a letter she wrote to her estranged father after her 2018 marriage to Harry, a grandson of Queen Elizabeth II.

She sued the publisher of the Mail on Sunday and the MailOnline website for breach of privacy and copyright.

A High Court judge ruled in her favour in February, saying publication of the letter Meghan wrote to her father, Thomas Markle, was 'manifestly excessive and hence unlawful.'

Meghan, a former star of the American TV legal drama 'Suits,' married Harry at Windsor Castle in May 2018.

Meghan and Harry announced in early 2020 that they were quitting royal duties and moving to North America, citing what they said were the unbearable intrusions and racist attitudes of the British media.