Meghan Markle and Prince Harry did not have a secret wedding, says the Archbishop of Canterbury 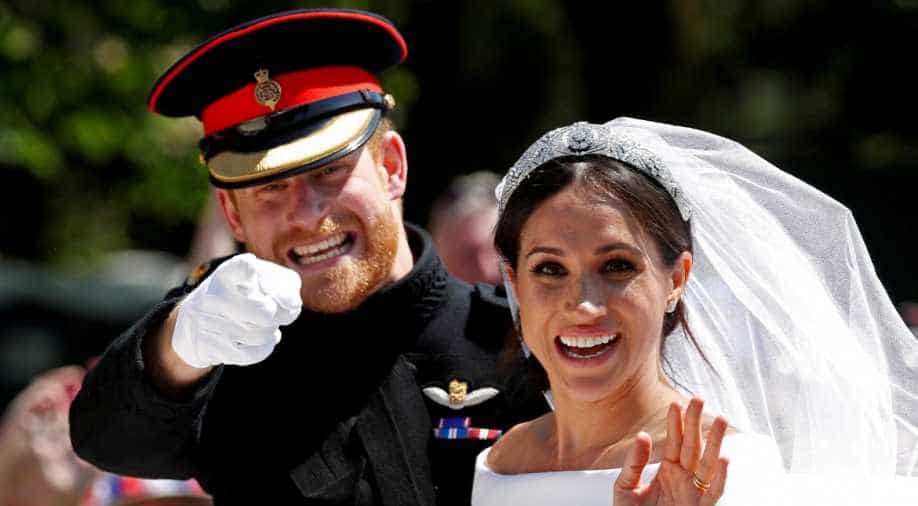 During her interview with Oprah, Meghan said that she and Prince Harry had married secretly three days prior to their official ceremony which was officiated by the Archbishop of Canterbury.

Among the various revelations made by Meghan Markle and Prince Harry during their interview with Oprah Winfrey earlier in March, the couple revealed they had secretly gotten married three days before their official ceremony in 2018.

Now, weeks later the Archbishop of Canterbury has denied the news and said that no such secret wedding took place.

During her interview with Oprah, Meghan said she and Prince Harry had a secret marriage ceremony officiated by Archbishop of Canterbury, Justin Welby in their "backyard".

The duchess said nobody knew the couple shared personal vows for "just the two of us". The wedding reportedly took place before the grand ceremony that took place at Windsor on Saturday, May 19, 2018.

Now, speaking to an Italian media outlet, Welby stated that the legal wedding happened on a Saturday and added, "But I won't say what happened at any other meetings."
"If any of you ever talk to a priest, you expect them to keep that talk confidential," he added.

"It doesn't matter who I'm talking to. I had a number of private and pastoral meetings with the Duke and Duchess before the wedding.

Welby insisted that the legal wedding took place on Saturday, May 19 and said, "I signed the wedding certificate, which is a legal document, and I would have committed a serious criminal offence if I signed it knowing it was false."

During her interview with Oprah, Meghan said, "You know, three days before our wedding we got married. No-one knows that, but we called the Archbishop and we just said, 'look, this thing, this spectacle, is for the world, but we want our union between us'."

She said the vows they had framed are "just the two of us in our backyard with the Archbishop of Canterbury".

Both Harry and Meghan said it was "just the three of us".

Welby's comments come after the official who issued the licence for the couple's wedding said Meghan was 'clearly misinformed'.

Stephen Borton, the former chief clerk at the Faculty Office, told The Sun that Meghan "is obviously confused and clearly misinformed".

"They did not marry three days earlier in front of the Archbishop of Canterbury," he said.

"The Special Licence I helped draw up enabled them to marry at St George's Chapel in Windsor and what happened there on 19 May 2018 and was seen by millions around the world was the official wedding as recognised by the Church of England and the law.

"What I suspect they did was exchange some simple vows they had perhaps written themselves, and which is fashionable, and said that in front of the Archbishop or, and more likely, it was a simple rehearsal."

Along with Borton's comments, the news daily had also carried a copy of an entry marriage document for the couple which was dated May 19, 2018, and was signed by Prince Charles and Meghan's mother Doria Ragland as witnesses.

The Sussexes are gearing up to welcome their second child- a daughter- this summer. Reports state that Meghan has opted for a home birth for her second child. The couple lives in California along with their two-year-old son Archie.