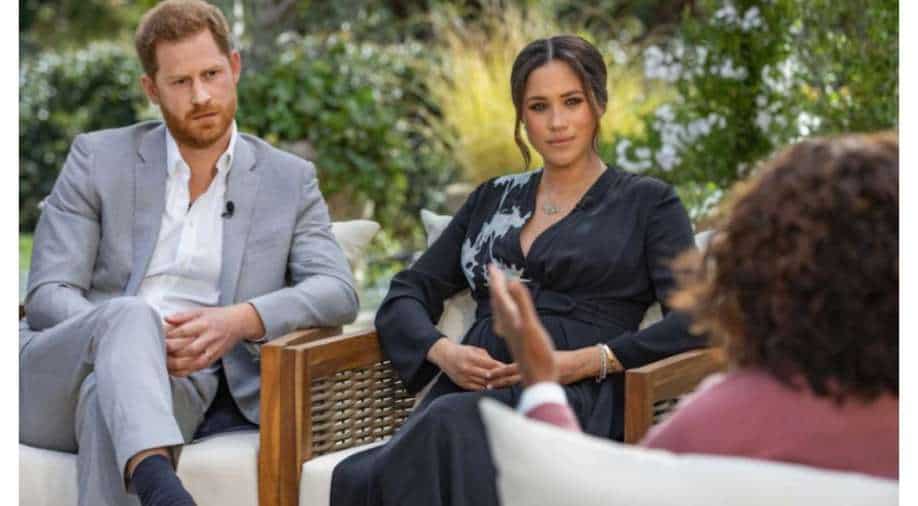 Meghan made the disclosures in an eagerly anticipated, at times incendiary, interview on CBS with Oprah Winfrey that aired in the United States in prime time.

A year after Meghan Markle married Prince Harry in a fairy-tale wedding, she said in an extraordinary interview broadcast on Sunday night, her life as a member of the British royal family had become so emotionally desolate that she contemplated suicide.

At another point, members of the family told Harry and Meghan, a biracial former actress from the United States, that they did not want the couple’s unborn child, Archie, to be a prince or princess and expressed concerns about how dark the color of the baby’s skin would be.

An emotional but self-possessed Meghan said of her suicidal thoughts: “I was ashamed to have to admit it to Harry. I knew that if I didn’t say it, I would do it. I just didn’t want to be alive anymore.”

Meghan, 39, made the disclosures in an eagerly anticipated, at times incendiary, interview on CBS with Oprah Winfrey that aired in the United States in prime time. In describing a royal life that began as a fairy tale but quickly turned suffocating and cruel, Meghan's blunt answers raised the combustible issues of race and privilege in the most rarefied echelon of British society.

For an American audience that has lapped up the palace intrigue depicted in the popular TV series 'The Crown,' it was the equivalent of an explosive bonus episode — one promoted in a week of charges and countercharges about the role Meghan played in the House of Windsor.

For the royal family, already preoccupied by the hospitalization of its patriarch, Prince Philip, it was both an embarrassing airing of dirty laundry and a painful reminder, a year after Harry and Meghan turned their backs on royal life, that the wounds from that rupture had yet to heal.

Meghan said that while her husband was deeply concerned about her emotional fragility — gripping her hand tightly at public events — her efforts to seek medical help were rebuffed by palace officials, who worried about the effect on the monarchy. She described herself as a sort of prisoner in Kensington Palace.

“I couldn’t just call an Uber to the palace,” she said.

Meghan did not say which family member had raised questions about her baby’s skin color, nor did she fully explain why the royal family had not automatically planned to confer a royal title, which would have provided security protection for the child. By convention, Archie would assume a royal title once his grandfather Prince Charles ascended to the throne.

Still, the lack of detail did not rob the moment of its power: Meghan's reference to her child’s skin tone provoked a stunned “what?” from Winfrey.

In other, less provocative disclosures, Meghan corrected the record on some family business and revealed the sex of their unborn child.

It was her sister-in-law, Kate, she said, who drove her to tears in a clash over dresses for the flower girls, rather than the reverse as had been widely reported. In another awkward encounter with of her own aides, she said that the aide told her she shouldn’t go out to lunch with friends because she was overexposed, even though she had left her residence only twice in four months.

Harry and Meghan disclosed that their second child, due this summer, will be a girl.

Meghan, her baby bump clearly visible, spoke casually and with humor about her early encounters with her future in-laws. She described learning how to curtsy moments before she was introduced to Queen Elizabeth II, with whom she said she always had a warm relationship, and insisted she knew nothing about what was going to be expected of her as a working royal.

“I didn’t do any research about what that would mean,” she said. “I never looked up my husband online.”

Harry, who joined Meghan for the second half of the interview, said the couple broke away because of a lack of support or understanding from his family, particularly about the racism that he said his wife confronted in news coverage.

“No one from my family said anything over those three years,” Harry said.

The prince, who remains sixth in line to the throne, described being financially cut off by his family after he and Meghan announced plans to withdraw from royal duties. He said his relationship with his father was particularly strained — Charles stopped taking his calls at one point — because “there’s a lot of hurt that has happened.”

On both sides of the Atlantic, this was the most eagerly anticipated royal interview since Harry’s mother, Princess Diana, told the BBC in 1995 that “there were three of us in this marriage,” referring to her husband, Charles, and his extramarital relationship with Camilla Parker Bowles, whom he later married.

Like Meghan, Diana was a glamorous outsider who brought a shower of stardust to the House of Windsor when she married Charles, only to become deeply unhappy within the confines of royal life. Unlike Meghan, her marriage crumbled amid competing claims of infidelity, and by the time she spoke to the BBC journalist, Martin Bashir, she said the palace viewed her as a “threat of some kind.”

A vivid bookend to her turbulent years in the royal family, Diana’s interview was a pop-cultural moment that drew one of the largest British television audiences in history, lived on in parodies on “Saturday Night Live,” and deepened the media’s fathomless hunger for all things Diana. Two years later, she was dead in Paris, the victim of a car crash after a high-speed chase with photographers.

Harry invoked that tragedy with Winfrey, saying of his wife’s recurring clashes with the tabloid press, “My biggest concern was history repeating itself.” He has long blamed journalists for his mother’s death and said one of the reasons the couple moved to California was to escape the unrelenting media glare.

Even Meghan’s choice of wardrobe seemed calculated to telegraph the message of a new start. Her elegant black dress, designed by Giorgio Armani, featured a striking lotus flower design that her staff said symbolized revival and a will to live. She also wore a diamond tennis bracelet that once belonged to Diana.

But the couple’s effort to relaunch their public image did not go unchallenged back home. In the days leading up to the broadcast, new allegations surfaced that Meghan had bullied members of her staff, reducing junior aides to tears and driving two personal assistants out of the palace. Meghan dismissed the claims as character assassination, while Buckingham Palace said it would look into them.

“What is going on is a significant struggle for the control of the narrative,” said Peter Hunt, a former BBC royal correspondent. “What is our settled judgment for why Harry and Meghan left the royal family? Do we accept two hours of Oprah or do we believe those charges of bullying?”

Meghan has no shortage of defenders. Patrick J. Adams, an actor who worked with her on the television series, “Suits,” described her on Twitter last week as having “a deep sense of morality and a fierce work ethic.” The royal family, Adams said, was “obscene” to promote accusations of bullying against her.

Critics have long detected a whiff of racism in how some people react to Meghan, a professional woman who had been divorced before she met Harry. While initially rapturous in their coverage of the couple, Britain’s tabloids turned against them, publishing unflattering articles about how they flew on carbon-spewing private jets and restricted access to their newborn son.

Some also point out the hypocrisy of Buckingham Palace investigating claims of bullying against Meghan when Prince Andrew, the queen’s second son and Harry’s uncle, has declined to speak to U.S. authorities about allegations of sex trafficking by his late friend, the convicted sexual predator Jeffrey Epstein.

Though British papers have covered every conceivable angle of the interview, some made clear there were limits to the interest it was generating. The Sunday Times of London reported that the queen herself had no plans to watch the program, which is quite predictable, since it aired after midnight London time. It was to be shown on Monday evening on Britain’s ITV network.

Others in Britain tried to play down its significance, pointing out that there are other more important things going on in the country: Schools are to reopen on Monday, and the coronavirus vaccine rollout continues at full speed. At least one prominent British leader said he had no plans to stay up for it.

“Of course, I’m interested in all sorts of stuff around the news around the world,” Prime Minister Boris Johnson said on Sunday, when asked about Harry and Meghan. “I think it’s quite late our time, so I’ll probably miss it.”