Meet the Thai artist painting the country with her oblique symbolism 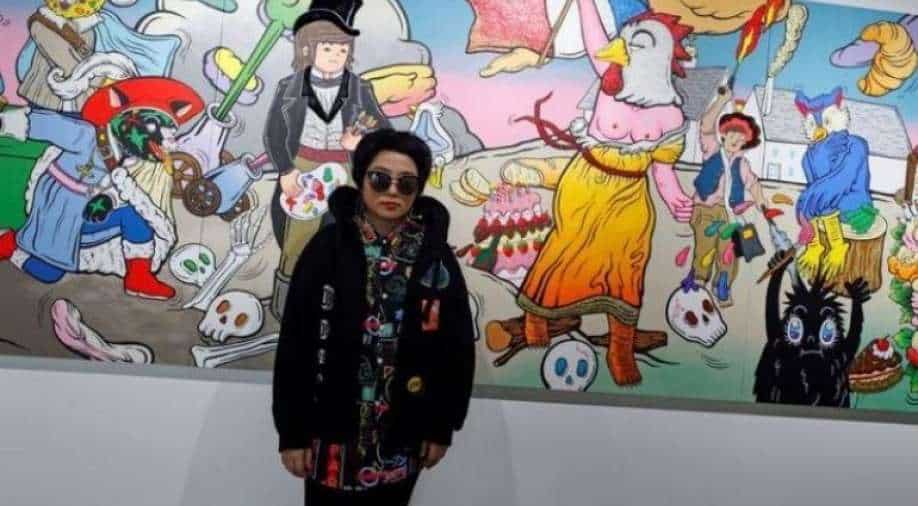 Her art melds her Thai background with her experience as a resident artist in La Rochelle, France, where she was inspired by historical works portraying times of revolution.

Art portraying French revolutionaries replaced with cartoon cats and birds might not be controversial in many countries, but it is a potentially touchy subject for Thailand`s monarchy.

For artist Yuree Kensaku, 40, the political environment is a factor shaping her work as protesters call for reform of the monarchy alongside other changes.

"People have started their political awakening," said Yuree, whose latest works are being shown at the Bangkok Art Biennale.

Her art melds her Thai background with her experience as a resident artist in La Rochelle, France, where she was inspired by historical works portraying times of revolution.

Talk of revolution is sensitive in Thailand, where royalists accuse protesters of seeking to bring down the monarchy with their calls for reforms to curb its powers - an accusation that protest leaders reject. The protesters seek to remove Prime Minister Prayuth Chan-ocha, a former junta leader, and demand a new constitution.

Yuree, who is half-Thai and half-Japanese but was born and raised in Bangkok, said Western and Thai contexts were different and she did not intend to send a message about the monarchy through her work.

"We must learn about the past to understand the present but I`m not saying that we have to go that way necessarily," she said. "I don`t think our country will reach the point of abolition but reforms should be possible."

The central figure of one large art piece bearing the head of a chicken, echoes Eugene Delacroix`s painting "Liberty Leading the People", with a woman representing Liberty holding up the tricolour flag, in a commemoration of France`s July Revolution of 1830.

The title "Blue, Blanc, Rouge" contrasts the French and Thai flags, which use the same blue, white and red colours to represent different things: freedom, equality and fraternity for France. In Thailand, the same colours stand for monarchy, religion and nation.

The other work by Yuree on display at the biennale is a sculpture titled "Broken Victoria", modelled on the Winged Victory of Samothrace in the Louvre.

The work, with the head of a cat with green hair and a broken wing, is recreated as another revolutionary flag bearer. The white ribbon tied around its waist refers to a symbol of the Thai protests, Yuree said.

"In order to achieve victory you have to fight for it and it`s not going to be easy," she said. "You can get bruised and battered."

Yuree said the oblique symbolism in her work, with meaning often shrouded within the piece, made it possible to exhibit in public without risk of trouble from the authorities in a country where insulting the monarchy can lead to a 15-year jail sentence.

"The nature of my work is already self-censoring because it is hiding the truth behind it. It`s less risky than other artists out there," she said.

Maroon 5 star Adam Levine got a new face tattoo, and it's as hot as him!