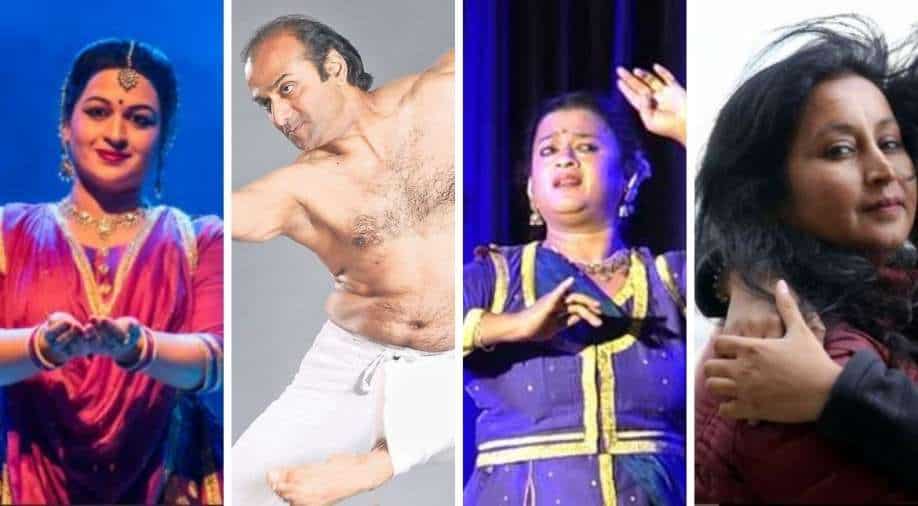 Comprising of 485 dancers of various genres from 15 states, the dancers added grandeur and splendour to the Republic Day celebration on Wednesday as performed to Classical, Folk and Contemporary styles.

At India's 73rd Republic Day celebration in India's capital city, all eyes were on the Vande Bharatam segment which made its debut at the parade for the first time this year.

Comprising of 485 dancers of various genres from 15 states, the dancers added grandeur and splendour to the Republic Day celebration on Wednesday as performed to Classical, Folk and Contemporary styles.

The dancers, selected through an India level competition Vande Bharatam-Nritya Utsav organised by the Ministry of Defence and the Ministry of Culture, danced in unison in front of the President of India, the Prime Minister and other cabinet and state ministers.

Considering the number of performers involved, the entire act was no mean feat to pull off and was choreographed by India's four renowned choreographers Rani Khanam, Maiyetree Pahari, Tejaswini Sathe, and Santosh Nair.

Rani Khanam is a renowned Kathak dancer who has carved her niche in the country. She has been choreographing grand production both in India and abroad- infusing contemporary dance form to traditional Kathak style. She has mentored several budding dancers in her dance school, Kathak Kendra in Delhi and is a member of the Department of Education in Arts & Aesthetics NCERT and has created a “Teacher’s Handbook in dance for upper primary stage” of school education for teachers & next generations.

Maitreyee Pahari, a student of the late Pt Birju Maharaj, has been instrumental in reviving age-old dance forms of Bengal, Bihar and Orissa - states in East Bengal. Trained in both Kathak as well as Manipuri dance forms, she was awarded the prestigious Charles Wallace Fellowship in 2003.  She has conducted and produced several productions in India as well as abroad. Maitreyee has performed widely all over India and abroad.

Part of the Kathak Dance academy in Pune, Tejaswi Sathe had taken part in the Republic Day parade years back as a NCC cadet. Now almost three decades later, Sathe, who has mentored and taught Kathak to over 300 dancers in her career, choreographed the Kathak segment. What's more, her dance troupe too was part of the 485 selected dancers.

Considered a veteran in classical and folk dance, Santosh Nair has had a career spanning over three decades. Nair is a trained Kathakali dancer as well as Bengal's folk dance Chhau-the Indian martial dance with tribal moorings. Nair has been instrumental in producing and choreographing some of the major cultural events in India and abroad in the past two decades.

On Wednesday, the four talented choreographers came together to direct a 12-minute segment- the tunes of which were composed by musicians Bickram Ghosh and Ricky Kej and directed by creative designer Sandhya Raman who was cultural director for Republic Day.