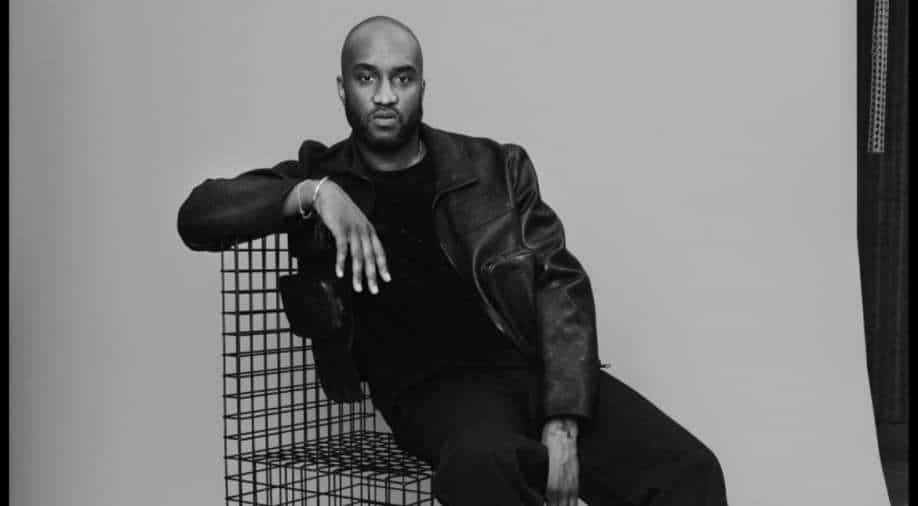 Virgil Abloh, fashion's highest-profile Black designer, died at just 41 after a private battle with a rare form of cancer.

It was a "kid in a candy store" moment for Billie Essco when he found himself in a cavernous space beneath the Louvre Museum in January last year, backstage before a show for fashion designer Virgil Abloh`s luxury streetwear label Off-White.

Essco, a 31-year-old Black American artist, musician and clothing designer from Buffalo, New York had made a last-minute decision to join his friend, rapper Westside Gunn, on a trip to Paris with hopes of sneaking into a show during Fashion Week.

He never would have dreamt of hanging out with Abloh, who besides being the founder of Off-White, was the menswear designer for Louis Vuitton - the world`s biggest luxury brand owned by French giant LVMH.

"I`ve been channelling this man, his energy and his designs for the last five years and now I`m here seeing things that the world hasn`t seen yet," said Essco, also known as Uptown Chase.

"Fashion was such a closed-knit, niche thing, it was a kind of insider, `if you know, you know` -- I believe that Virgil opened it up for people like me to come in, into this community."

Abloh, fashion`s highest-profile Black designer, died on Sunday at just 41 after a private battle with a rare form of cancer. As recently as July he had been promoted to work across LVMH`s 75 brands.

But for people like Essco, skateboarding teenagers in his home city of Chicago and orphaned West African refugees in Paris playing for a French amateur football team in Abloh-designed T-shirts, his name and influence resonated well beyond the traditional, rarefied world of luxury.

A first-generation Ghanaian American, Abloh - who also worked as a DJ and visual artist - was not a classically trained designer. He often said he drew inspiration from what he saw in the street.

Essco, who studied fashion design at Buffalo State College, had followed Abloh`s rise over the years and appreciated how he brought together hip-hop culture and fashion, breaking boundaries at a time when styles were mostly clean-cut and traditional, and lacking "sparks and flair".

Abloh`s early work applying large print logos to Ralph Lauren flannel shirts echoed with Essco, who was at the time experimenting with screen printing on garments sourced from local second-hand shops. Later, after founding Off-White, the designer reposted an image of a model in a hoodie that Essco had styled on Instagram.

"I realized myself through following him as a person, and as a man, it just taught me that I wasn`t crazy, and I could be exactly who I wanted to be - I could be from the hood, but college educated," said Essco.

He described Abloh`s approach as "creating a space where you can all be in the room instead of having to pick a side - because we come from a place where you choose to do one thing and that`s it, you`ve got to stick with it".

During his January 2020 trip to Paris, Abloh offered Gunn and Essco invitations to his label`s catwalk show, after-parties and the highly coveted Louis Vuitton show.

"To see not only how human he was but how similar he was to my friends, and to myself, I was like, ah, we could do this – not only could we do this, but finally, it`s being done," he said.