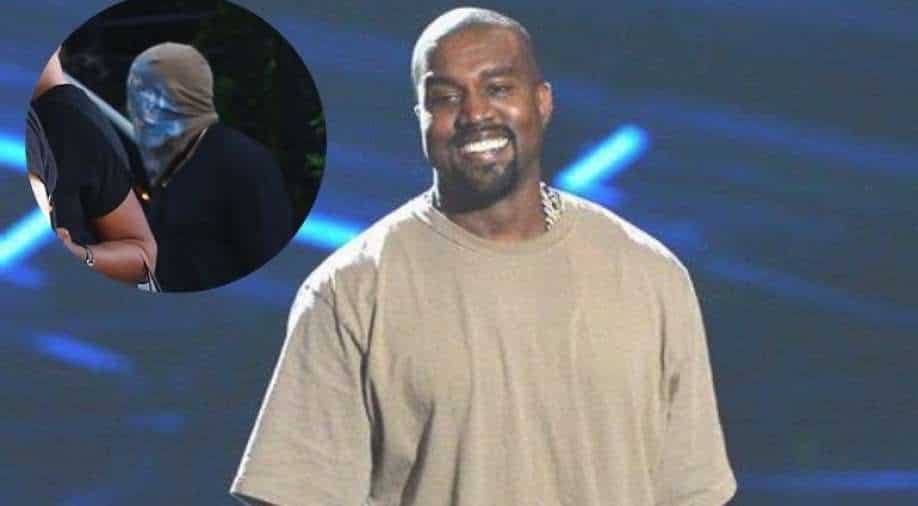 After six years of marriage, West and his estranged wife Kim Kardashian are currently going through a divorce, which the 40-year-old Kardashian initiated in February.

Grammy-winning rapper Kanye West was recently spotted putting on a bizarre street-style display as he roamed around Los Angeles wearing what looks like a tight-fitting cloth bag over his head.

According to Page Six, the 43-year-old hip-hop star may have hoped his get-up would help him go unrecognised, but it was hard to miss the `Chicago` artist, who combined the blue, white and brown balaclava with a pair of Yeezys, a navy-coloured shirt and matching denim jeans. After six years of marriage, West and his estranged wife Kim Kardashian are currently going through a divorce, which the 40-year-old Kardashian initiated in February.

Page Six reported that many of the fans noticed the billionaire mogul was still wearing his wedding band as recently as April in a photo shared to social media by rapper friend DJ Khaled.

In these latest photos and others taken since however, the `Gold digger` rapper hasn't been wearing the ring. Page Six reported the couple`s marriage was over in January after the pair began "living separate lives" following West`s bizarre 2020 presidential campaign, which was "the final straw" for Kardashian.

It is likely that West has been keeping himself busy by preparing for the launch of his much-anticipated Yeezy Gap line, set to drop by the end of June. Per Page Six, the 'Moster' crooner announced the collaboration on Twitter in June 2020, sharing an early look at the line`s since-trademarked logo."We are excited to welcome Kanye back to the Gap family as a creative visionary, building on the aesthetic and success of his Yeezy brand and together defining a next-level retail partnership," Mark Breitbard, Global Head of Gap Brand, said in a statement announcing the partnership.