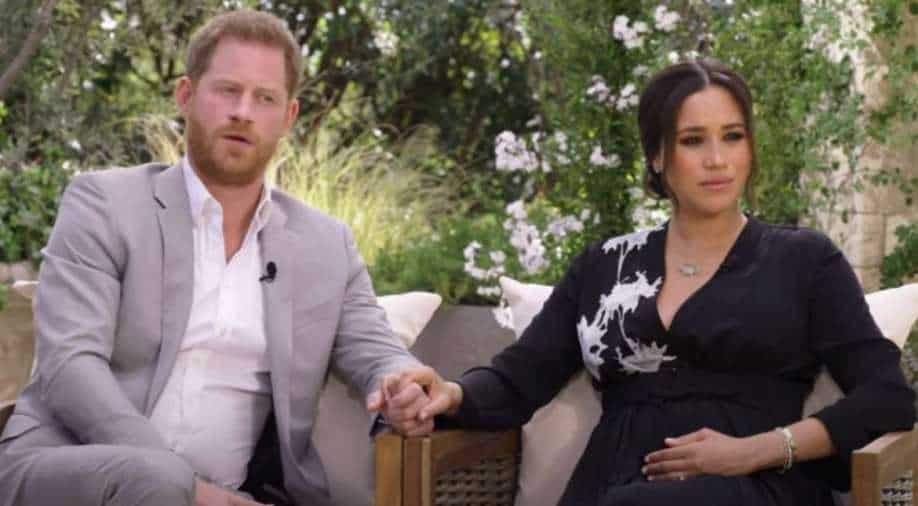 Britain's Prince Harry and his wife Meghan Markle sat down for a tell-all interview with Oprah Winfrey. The interview is scheduled to air on March 7 and a week earlier, the trailer was unveiled -giving a glimpse of what to expect.

It's going to be the interview of the year. Britain's Prince Harry and his wife Meghan Markle sat down for a tell-all interview with Oprah Winfrey. The interview is scheduled to air on March 7 and a week earlier, the trailer was unveiled -giving a glimpse of what to expect.

The CBS broadcast network released two brief clips from Winfrey`s interview with the couple, which is scheduled to air on March 7. It is the first TV interview the couple, formally known as the Duke and Duchess of Sussex, have given since making their homes in California last year.

"My biggest concern was history repeating itself," Harry said, apparently referring to his mother Princess Diana, who was hounded by the British press and died at age 36 in a car crash in Paris after her divorce from Prince Charles.

Harry, 36, was seated next to Meghan, 39, and holding her hand. The couple announced on Feb14 that they were expecting their second child together.
"I`m just really relieved and happy to be sitting here talking to you with my wife by my side," Harry said. "Because I can`t imagine what it must have been like for her (Diana), going through this process by herself all those years ago.

"It`s been unbelievably tough for the two of us, but at least we had each other," Harry added.

In the clips, Winfrey said that no subject was off-limits and at one point tells the couple "you have said some pretty shocking things here," including that their situation had been "almost unsurvivable."

Before they moved to California, the couple had complained about the British tabloids` treatment of Meghan, whose father is white and mother is African-American, some of which they said amounted to bullying or racism.

Earlier this month, Buckingham Palace announced that the couple would not be returning to their lives as working members of the royal family.

The royal family reportedly is not very happy about the couple's interview with Oprah. Harry's elder brother, Prince William has expressed displeasure at the move, state royal insiders.

The interview will be aired hours after Queen Elizabeth addresses the commonwealth countries in a televised speech.