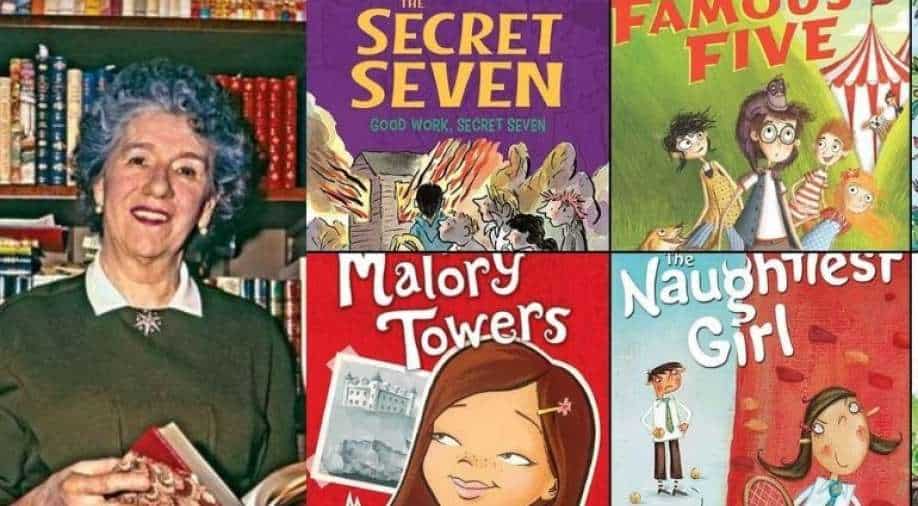 Enid Blyton is considered one of the best selling children's author of all time Photograph:( Twitter )

A charity called English Heritage had updated its website to say Enid Blyton's work has been criticised "for its racism, xenophobia and lack of literary merit".

English author Enid Blyton and her books have been an integral part of our childhood. In fact the author's stories have captivated generations as it took the readers to the fascinating world of boarding schools, beaches and parental freedom.

Blyton's work, however, has been recently termed 'racist' among other things.

A report in The Daily Telegraph stated that a charity called English Heritage had updated its website to say her work has been criticised "for its racism, xenophobia and lack of literary merit". The charity maintains historic buildings and commemorates famous residents.

Reacting to the report, several other publications have now declared that Blyton has fallen victim to 'cancel culture' where people whose views are deemed unacceptable are ostracised and shamed on social media.

The update on the website comes at a time when pop culture is bveing reexamined in the wake of the Black Lives Matter movement.
Born in 1897, Blyton is known for her 'Famous Five' and 'Secret Seven' adventure novels as well books about 'Noddy', a wooden boy who comes to life.

The English Heritage website cites her story "The Little Black Doll" from 1966 where the doll's face is washed "clean" by rain. It also says that publishers Macmillan in 1960 refused to publish her story "The Mystery That Never Was" , citing a "faint but unattractive touch of old-fashioned xenophobia".

In a statement issued to a news agency, English Heritage said, that it update Blyton's entry online in July 2020 as "a reference to the fact that the author's work has been criticised for its racism".

It said that this was part of a move to "provide a fuller picture of each person's life, including aspects that people may find troubling".