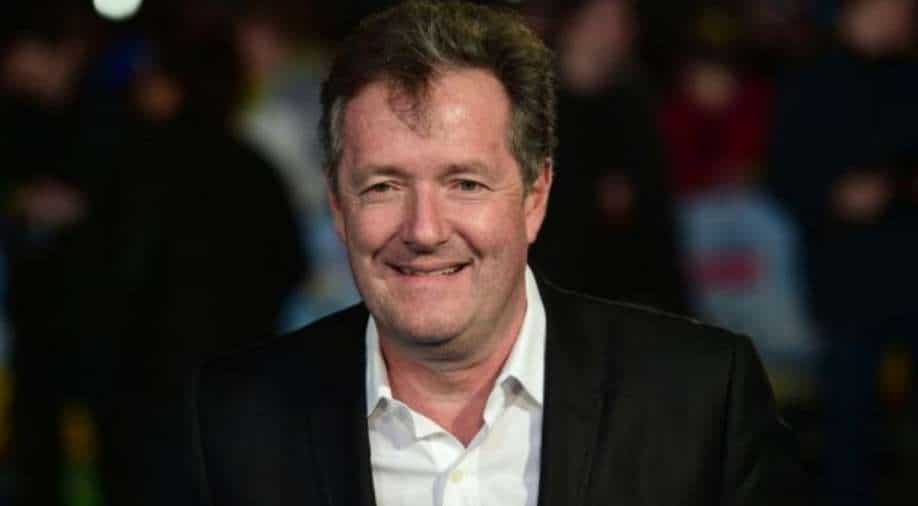 Piers Morgan, who lost his job over his attacks on Prince Harry`s wife Meghan, said on Wednesday he still did not believe what she had said during her Oprah Winfrey interview.

Piers Morgan, the pugnacious British TV presenter who lost his job over his attacks on Prince Harry`s wife Meghan, said on Wednesday he still did not believe what she had said during her Oprah Winfrey interview.

Morgan, 55, left ITV`s 'Good Morning Britain' on Tuesday after a backlash against his comments on Meghan`s interview with Winfrey, in which she revealed she had felt suicidal while living as a royal in Britain.

"On Monday, I said I didn`t believe Meghan Markle in her Oprah interview. I`ve had time to reflect on this opinion, and I still don`t. If you did, OK," Morgan said in a characteristically combative Tweet on Wednesday morning.

"Freedom of speech is a hill I`m happy to die on. Thanks for all the love, and hate. I`m off to spend more time with my opinions," he told his 7.8 million Twitter followers.

On Monday, I said I didn’t believe Meghan Markle in her Oprah interview. I’ve had time to reflect on this opinion, and I still don’t. If you did, OK. Freedom of speech is a hill I’m happy to die on. Thanks for all the love, and hate. I’m off to spend more time with my opinions. pic.twitter.com/bv6zpz4Roe

He added a photo of Winston Churchill with a quote on free speech.

In an interview that has embarrassed Britain`s tradition-bound monarchy, Meghan, who married Prince Harry in 2018, said the royal family had rejected her pleas for mental health support.

The American actress, who is mixed race, also said that someone in the royal household had raised questions about the colour of her unborn son`s skin.

The morning after the interview was aired on U.S. television, Morgan said on Good Morning Britain, among a torrent of other criticisms, that he did not believe a word Meghan had said. In a Tweet, he called her "Princess Pinocchio".

The following morning, he stormed off the set of the live programme when challenged by a co-presenter about his stance. Later that day, ITV said he was leaving.

Monday`s programme attracted more than 41,000 complaints to Britain`s media regulator, the second highest in its history, which announced an investigation.

Morgan first made his name in the cut-throat world of the British tabloid press, culminating in stints editing the now-defunct News of the World, then the Daily Mirror.

He later went into television, appearing as a judge on the reality shows America`s Got Talent and Britain`s Got Talent. For three years he hosted a chat show on CNN.

Morgan`s detractors said his attitude towards Meghan seemed to be partly driven by personal animus because, by his own account, he had got on "brilliantly" with her when he had first met her but she had later dropped contact with him.

Susanna Reid, who co-presented Good Morning Britain with Morgan and frequently disagreed with him on air, described him on Wednesday`s programme as "outspoken, challenging, opinionated, disruptive".

Morgan told reporters on Tuesday he thought Meghan`s interview had damaged the monarchy and Queen Elizabeth at a time when her 99-year-old husband Prince Philip was in hospital, which he said was "contemptible".

"If I have to fall on my sword for expressing an honestly held opinion about Meghan Markle and that diatribe of bilge that she came out with in that interview, so be it," he said.