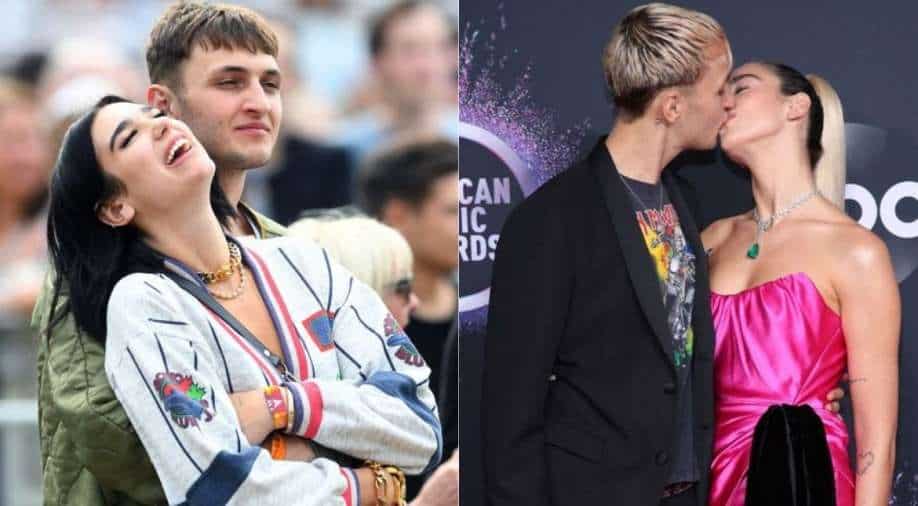 Dua Lipa,26, and Anwar Hadid, 22, are hitting the brakes on their relationship.

Looks like another celebrity couple is heading for a breakup. Singer Dua Lipa and model Anwar Hadid are reportedly on a break after dating for over two years.

A source close to the Hadids told an entertainment website that the 26-year-old singer and 22-year-old model are hitting the brakes on their relationship.

"Dua and Anwar are currently taking a break from their relationship and are spending time apart," the source shared. The source added, "They're figuring things out right now."

The US Sun had reported that the pair had broken up earlier this month. The report alleged that the couple were in "crisis" mode, as "travelling so much and being apart is proving tough."

The outlet reported that the couple had not been seen together in nearly six weeks, as Lipa was in London and Los Angeles recording new music, and Hadid was in New York City.

Lipa's split from Hadid, the younger brother of models Gigi and Bella Hadid, comes six months after the couple celebrated their two-year anniversary.

In August, Hadid celebrated Lipa's 26th birthday with a note reading, "Happy birthday girl of my dreams. Love u forever and always" on his Instagram Story.

In June, Lipa marked Hadid's 22nd birthday with a sweet Instagram post that featured intimate photos of the pair, including a shot of them in bed with their dog, Dexter."Happy Birthday Baby @anwarspc another lap around the sun, you make my world so much better!! I'm lucky to love you and be loved by you. DEXTER IS SO LUCKY TOO N LOVES U SO MUCH!!! can't wait to celebrate youuuu today," the singer captioned the post.

Months earlier, the couple celebrated Valentine`s Day together in February, for which Lipa shared a sweet post dedicated to her then-boyfriend.The singer said in January that she was feeling "very comfortable" in her relationship with Hadid.

"I'm very comfortable in the relationship, more so than any others," she told Rolling Stone, before speaking about her time with the in-laws at their Pennsylvania farm.

"Wake up around 9:00, 9:30, shower, get dressed, have a bit of breakfast, take the dog out on a really nice long walk, maybe do some yoga, make some lunch, hang out, watch a movie, play with the animals," she said, before adding that she gifted her boyfriend two pygmy goats named Funky and Bam-Bam, who "love a cuddle."

Lipa and Hadid first sparked romance rumours in summer 2019 with a PDA-packed outing at the British Summer Time Music Festival in London. They then stepped out together at New York Fashion Week that September. Months later, the pair made their red carpet debut at the 2019 American Music Awards