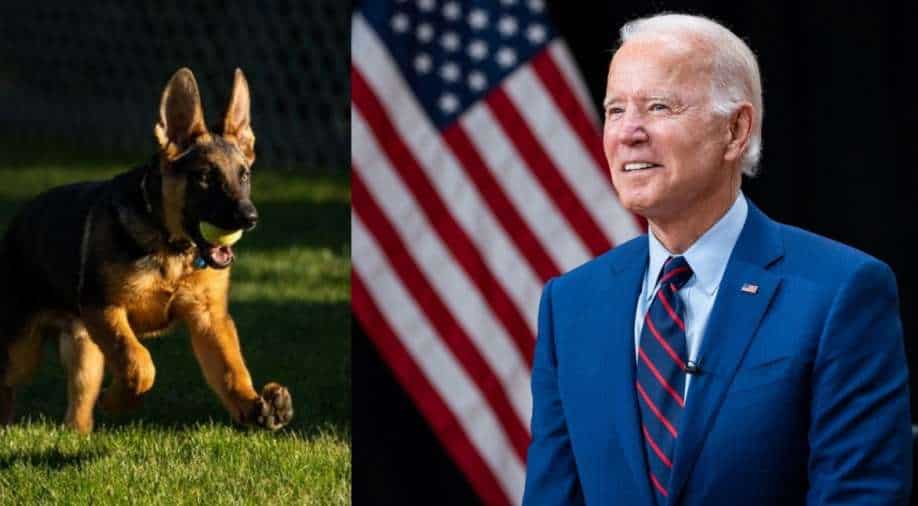 Commander is the new member of the Biden family Photograph:( Twitter )

There's a new resident at the White House. On December 20, President Joe Biden introduced the world to a new pup who has joined his family.

There's a new resident at the White House. On December 20, President Joe Biden introduced the world to a new pup who has joined his family.

"Welcome to the White House, Commander," President Biden tweeted along with a photo of the adorable puppy running through the grass with a tennis ball in its mouth.

The president also shared a video welcoming the new pet ('hey, pal'). He is the third dog to move into the US President's residence at the White House. \

When Joe Biden and First Lady Dr Jill Biden moved into the White House earlier this year, they brought along their two dogs, Champ and Major.

Commander's joins the family six months after the death of the Bidens' German shepherd, Champ. Biden had announced his death on June 13 and called him a 'loving companion'.

"Our hearts are heavy today as we let you all know that our beloved German Shepherd, Champ, passed away peacefully at home. He was our constant, cherished companion during the last 13 years and was adored by the entire Biden family," the president and first lady wrote in a joint statement at the time.