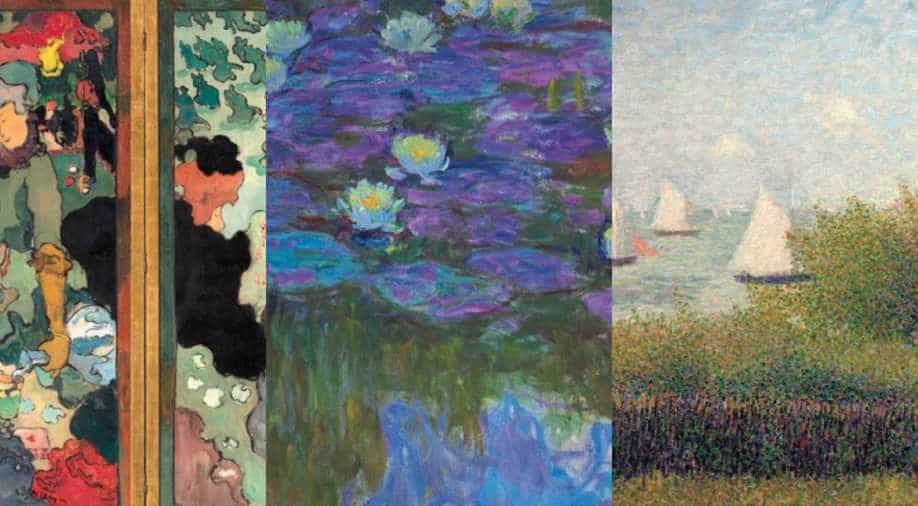 Christie's is selling off 1,600 items from the glittering collection of Rockefeller, the billionaire who died last year aged 101, and his wife Peggy. Photograph:( WION )

This exceptional group offers an insightful view into the crucial dialogues that connected avant-garde artists working in Europe and America throughout the 20th Century, highlighting the friendships, artistic innovations and the exchange of ideas that shaped the century, both before and after the Second World War.

Anika Guntrum, International Director, 20th - 21st Century, Christie`s: "20th Century Modern Masters from a Private French Collection reflects the pioneering spirit of the collection with works that, seen together, create a carefully constructed dialogue between movements, artists and continents. This spirit is echoed in the eight paintings presented as a major highlight of Christie`s 20th Century season in London. The scope of the collection provides insight into those artists - Calder, Dubuffet, Ernst, Fautrier, Leger and Miro - whose vision and innovation defined the 20th century and whose legacy and influence is seen in the artists practising today. We are thrilled to offer these works in the Spring season of 20th Century art."

Keith Gill and Tessa Lord, Co-Heads of Sale, 20th Century Art Evening Sale, Christie`s: "Together with three major works from an important Swiss Surrealist collection, we are thrilled to present another exquisite collection, from France on this occasion, to the London market in 2021. We are confident that this opening season will see international collectors centre around this significant moment in the art world calendar. We look forward to engaging established and new audiences alike in our live-streamed auctions and events, providing opportunities to explore artworks that defined the trajectory of artistic practise throughout the 20th century."

A glimpse into AlULa: World's masterpiece