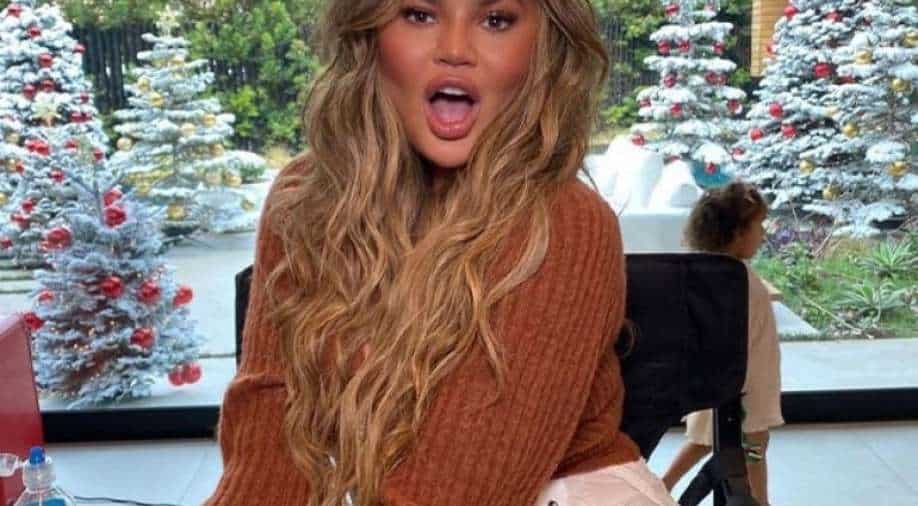 On September 30, Teigen shared the tragic news of her miscarriage on her Instagram account by sharing a series of black and white photos of the couple with their lost son.

Chrissy Teigen is quite an active social media user is known for being vulnerable and personal on her account. Recently, Chrissy called out a troll criticising her for 'using' her miscarriage as a means to promote herself.

It all started after Teigen tweeted that she was watching Tina Fey and Amy Poehler’s “Baby Mama”, ''Watching Baby Mama again and Tina and Amy are just such an incredible pairing, always. They’re not on here but someone tells them that if they’re lookin for a ménage I got a tricycle Now I’m nervous they’ll see this and think I think a tricycle holds 3 people. It’s a nicki line!!! And a damn great one oh god I hate anxiety'' she wrote.

By responding to the tweet, a user wrote, ''So glad you’ve stopped using your terrible miscarriage as a means to keep promoting yourself''.

Teigen responded her in the simple words, ''anything to please you, Katie''

Watching Baby Mama again and Tina and Amy are just such an incredible pairing, always. They’re not on here but someone tell them that if they’re lookin for a ménage I got a tricycle

Recently American model posted a tribute to her late son Jack on his original due date following the miscarriage. Teigen honoured Jack by sharing a photo of her wearing a bracelet with his name on it, alongside two similar bracelets with the names of her daughter Luna Simone, and son Miles Theodore.

anything to please you, Katie https://t.co/D9oWxxdKBj

Earlier this month, the model appeared on 'The Ellen DeGeneres Show` and spoke about how her pregnancy loss was a "transformative" experience for her.

“I’m still in therapy and still coming to terms with it, I go through my closet and see outfits, maternity clothes, and things that I bought for my eighth month and my ninth month,” She said.

“[Loss] can be a beautiful thing, it was a transformative thing for me and in a way he really saved me because I don’t think that I would’ve discovered therapy and sobriety and this path of feeling good about myself and feeling like a new person,” Teigen added. “Of course, you don’t ever imagine it happening to you, that was what the crazy part was for me, I was like, ‘I hear these stories about other people, this doesn’t happen to me.’ So when it does, you’re just so shocked.”

On September 30, Teigen shared the tragic news on her Instagram account by sharing a series of black and white photos of the couple with their lost son.