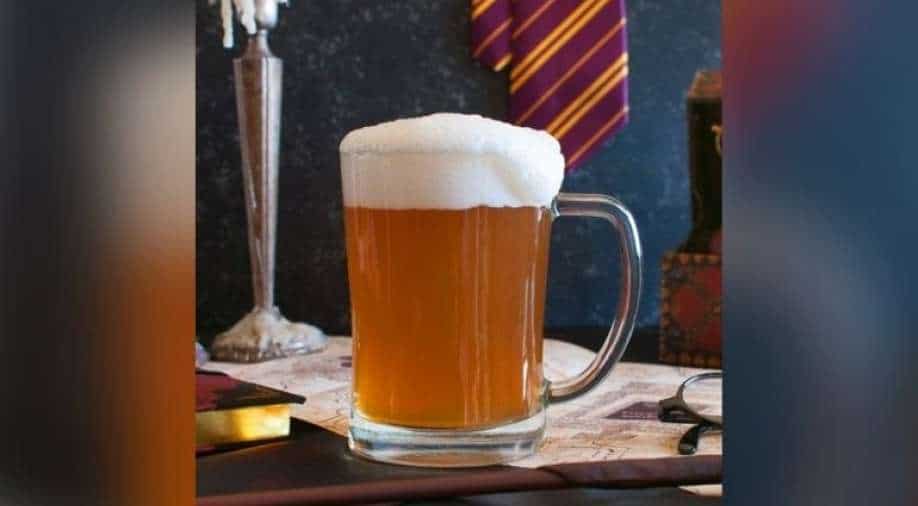 Harry Potter fans will soon get to clink glasses filled with butterbeers at an official Harry Potter flagship store in New York City, which opens on June 3.

Actress Evanna Lynch, who played Luna Lovegood in the 'Harry Potter' film series, likened the taste to butterscotch.
"Butterbeer is the drink that all the Hogwarts students drink," she said.

Lynch said she was thrilled that the bottled butterbeer - which is non-alcoholic - came in a vegan version.

"I actually didn`t drink any butterbeer in the movies," she said. "That`s more for like the cool kids, the Gryffindors."

When Harry Potter New York officially opens its doors to the public on June 3, customers will be able to choose from draft or bottled butterbeers and eat butterbeer ice cream. Nearly 1,000 bottles hover over the bar while butterbeer moves through copper pipes.
The retail store, at over 21,000 square feet (1,950 square meters) and spanning three floors, will also sell a huge collection of Harry Potter and Fantastic Beasts products.

Author JK Rowling`s seven 'Harry Potter' novels about a boy wizard have sold more than 500 million copies worldwide and were turned into eight blockbuster movies. She followed up with a spin-off movie franchise, 'Fantastic Beasts and Where To Find Them.'