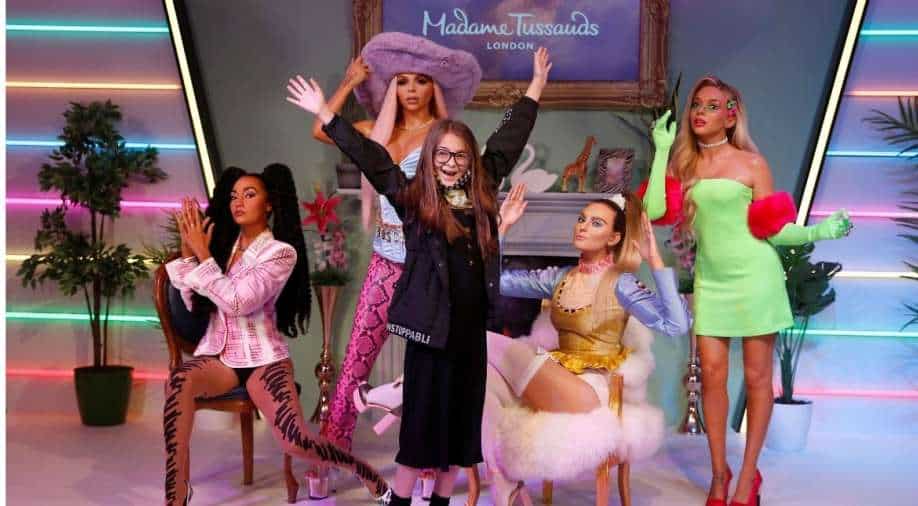 Little Mix waxwork figures are seen at their unveiling at Madame Tussauds, in London Photograph:( Reuters )

British girl band Little Mix joined the starry line-up at Madame Tussauds in London on Wednesday, with the wax museum unveiling the chart-topping group`s replicas to mark their 10-year anniversary.

Ex-member Jesy Nelson, who quit the band in December, joins singers Leigh-Anne Pinnock, Perrie Edwards and Jade Thirlwall in having their wax likenesses created based on the band`s 2019 'Bounce Back' music video.

The group shot to fame after winning the British version of talent show 'The X Factor' in 2011 and has since scored several UK no.1 hits, including 'Black Magic' and 'Shout Out to My Ex'.

Its members started working with Madame Tussauds in early 2020, months before Nelson announced her departure.

"When that news did come through, we all collectively decided that it was really best to carry on with our plans to immortalise the `Bounce Back` video, and of course include Jesy in that line-up," said Claire Treacy, senior PR manager at Madame Tussauds in London.

"Jesy is such a huge part of Little Mix, of everything that they`ve achieved over 10 years."