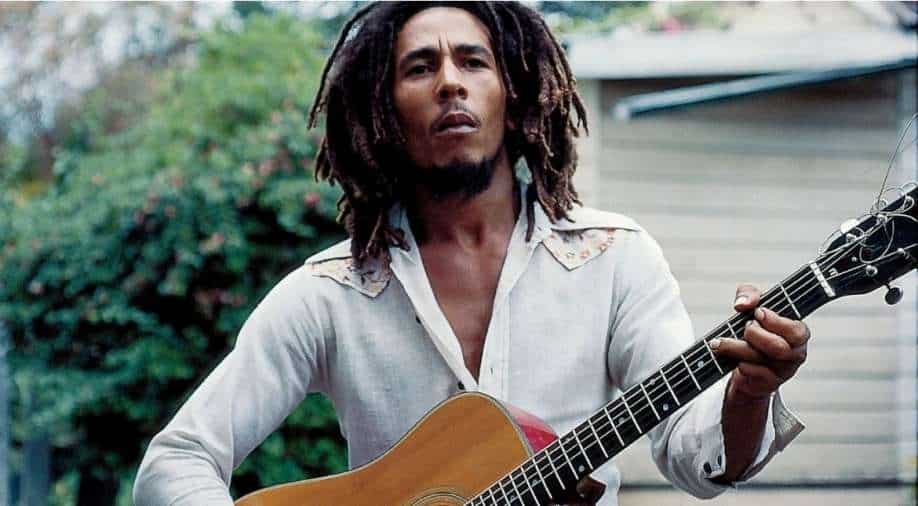 Born in 1945 in the rural Jamaican town of Nine Mile, Bob Marley became a global superstar with hits such as 'No Woman, No Cry' and 'One Love'.

Bob Marley's daughter and grandson on Wednesday visited an exhibition that opened in London telling the life story of the late Jamaican reggae singer.

The "One Love Experience", at London`s Saatchi Gallery for the next 10 weeks before heading on a multi-city tour, features memorabilia, photographs and personal items. These range from the original handwritten lyrics of "Turn Your Lights Down Low" to shoes Marley wore in the 1970s.

Born in 1945 in the rural Jamaican town of Nine Mile, Marley became a global superstar with hits such as "No Woman, No Cry" and "One Love". He died of melanoma cancer in 1981 aged 36.

"The hope is to take the feeling of Bob Marley and the spirit of One Love," said curator Jonathan Shank.

Marley`s daughter Cedella, who helped curate the exhibition, said she was pleased with the interactivity, particularly in the room dedicated to Marley`s sport interests.

"Really beautiful pictures of daddy playing football," she said. "It`s very sensory. That was the aim and I think we have done it."

Cedella used her visit to London to go to her father`s 1970s home at nearby Oakley Street in Chelsea, where he stayed while recording music.

"I have never been there before, so it was my first time," she said. "Daddy used to live in that place ... And I can see why because the park is just across the street, so he could play football and just go back to jamming."

Marley`s 18-year-old grandson Saiyan said London must have been special to Marley as he chose there to get away after an assassination attempt.

"I feel like every year I just learn something new about him," Saiyan told Reuters.

"I just want to carry his legacy, and hold it down for gramps, you know."