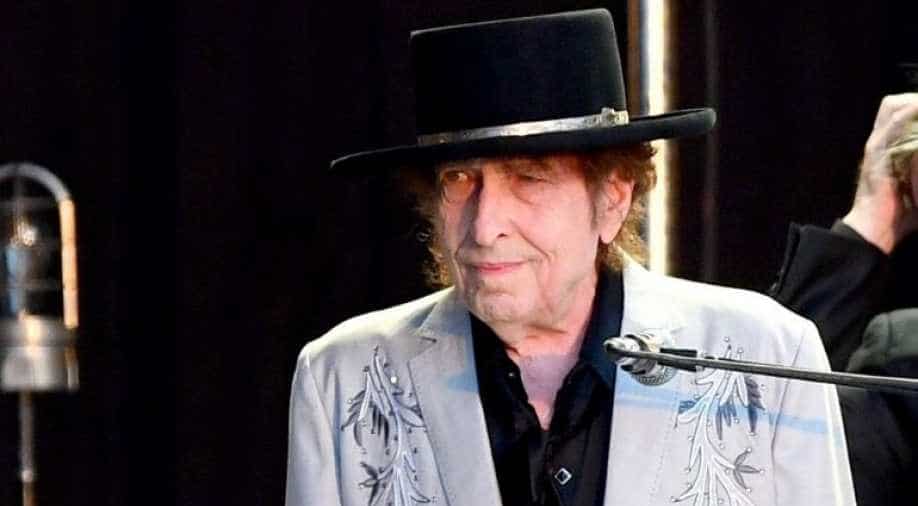 Nobel laureate Bob Dylan's largest collection of artwork will go display in the US later this year.

Nobel laureate Bob Dylan's largest collection of artwork will go display in the US later this year.

Titled 'Retrospectrum'- the exhibition will cover six decades of Dylan’s art, featuring more than 120 of the artist’s paintings, drawings and sculptures.

Building on the original 'Retrospectrum' exhibition that premiered in Shanghai, China, in 2019, the new version will include new, never-before-seen artworks from a brand-new series called "American Pastoral."

The exhibition will debut in Miami at the Patricia & Phillip Frost Art Museum on Nov. 30, 2021 and will run through April 17, 2022.
Most of Dylan's art work reflect his constant travels through the US and depicts various American scenes. The new series is no exception.

The veteran singer and Nobel laureate has seen a growing appreciation for his art since his debut exhibition, 'The Drawn Blank Series,' in Germany in 2007.

His work has been shown in the past at the National Portrait Gallery in London, the National Gallery of Denmark, the Palazzo Reale in Milan and the Shanghai exhibition at the Modern Art Museum.