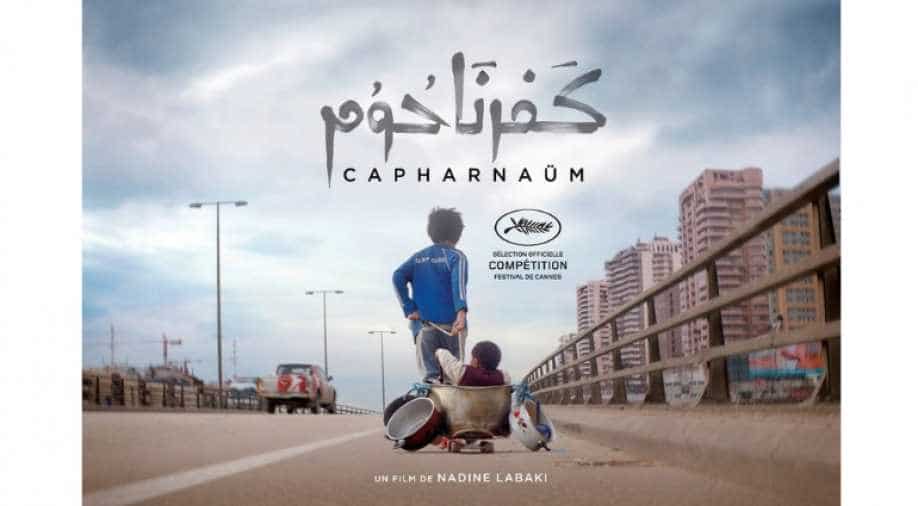 The nomination of a Lebanese picture for the Best Foreign Language Film award for the second year running is also a milestone for Arab and Lebanese cinema, Labaki told Reuters after the nominees were announced.

Tuesday`s Oscar nomination for the Lebanese film 'Capharnaum', praised for its depiction of poverty in the slums of Beirut, is a "huge victory" for the street children who acted in it, according to director Nadine Labaki.

The nomination of a Lebanese picture for the Best Foreign Language Film award for the second year running is also a milestone for Arab and Lebanese cinema, Labaki told Reuters after the nominees were announced.

"It`s a huge victory for each one of the actors who are ... putting their own struggle out there through the film, being the voice of the voiceless, each one with his own story and own struggle and own problems," she said.

Labaki cast street children in the town of Capernaum to tell the story of a 12-year-old boy trying to stop his younger sister being married off as soon as she reaches puberty.

Much of the plot is based on events that Labaki witnessed or cast members experienced, and its biting social commentary helped secure the Jury Prize at the Cannes film festival in May.

The protagonist is played by a young Syrian refugee, while another young cast member was thrown in jail during the shoot, and a third was deported to Kenya with her mother.

Last year, Lebanon gained its first nomination for a foreign language Oscar with 'The Insult' by Ziad Doueiri, a film that examines Lebanon`s sectarian tensions through a street argument that leads to a trial.

"This is definitely very important for Arab cinema, the Lebanese especially," Labaki said. "It`s like we started our first steps in international cinema."

Lebanese film maker Oualid Mouaness agreed, saying: "It`s an incredible honour for the country, and I think it really creates a visibility to Lebanese cinema and creates support."

The other films nominated for Best Foreign Language Film are 'Roma' from Mexico, 'Cold War' from Poland, 'Shoplifters' from Japan and 'Never Look Away' from Germany.