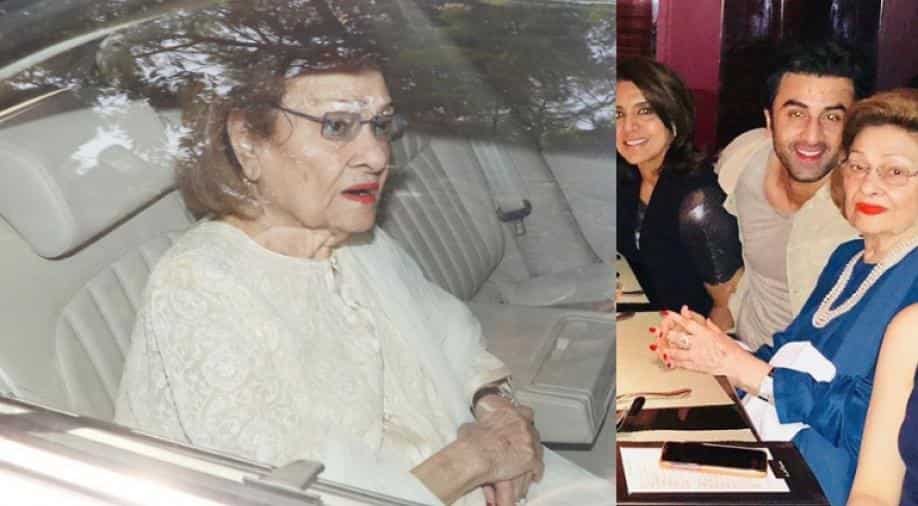 The matriarch of the Kapoor family suffered a cardiac arrest in the early hours of Monday, stated her eldest son Randhir Kapoor.

"My mother passed away at about 5 am today due to cardiac arrest...Old age was another factor. We are deeply saddened by her demise," son Randhir told a news agency.

In May 1946, Raj Kapoor married Krishna Malhotra and the couple had five children -- three sons, Randhir, Rishi and Rajiv, and two daughters, Ritu and Rima. Actors Karisma, Kareena and Ranbir Kapoor are her grandchildren.

The last rites will be performed at Chembur crematorium, Randhir said.