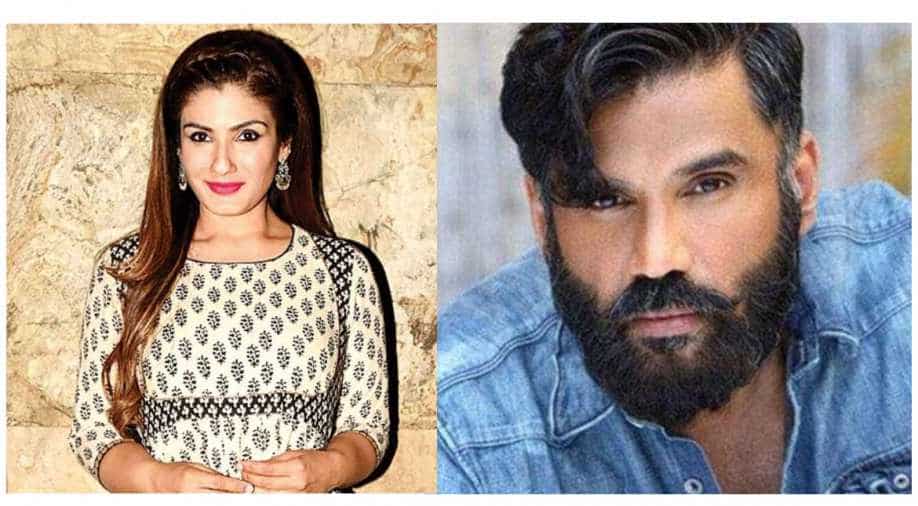 The song came out in 1996 as part of the film ‘Rakshak’ and went on to become a chartbuster song. It had Karisma Kapoor too.

Sonakshi Sinha’s next film ‘Khandaani Shafakhana’ has a quirky name but that’s not the only thing that should excite you. According to a new announcement, the film will also feature a remake of a very popular 90’s song ‘Sheher Ki Ladki’ that starred Raveena Tandon and Suniel Shetty in the original.

Not only that but the remake of the song will also apparently have the original stars in the song. A source quoted in BollywoodHungama report said, “The makers were quite keen on having the nostalgia element in the track and what better than having the original actors on whom the song was picturised on? Suniel sir and Raveena ma’am too are quite impressed with the idea. If all goes well, they will soon shoot for it.”

The song came out in 1996 as part of the film ‘Rakshak’ and went on to become a chartbuster song. It had Karisma Kapoor too.

As for the recreated version planned, “Unlike the original track, which was filmed outdoors—from a railway station to a bridge the modern-day rendition is a conventional party number in a pub." It will have rap by Badshah.

‘Khandaani Shafakhana’ stars Sonakshi along with Diana Penty and rapper Badshah who will make his film debut with this. It will also star Varun Sharma, Annu Kapoor and Kulbhushan Kharbanda in pivotal roles. The film is slated to hit the theatres on August 2.