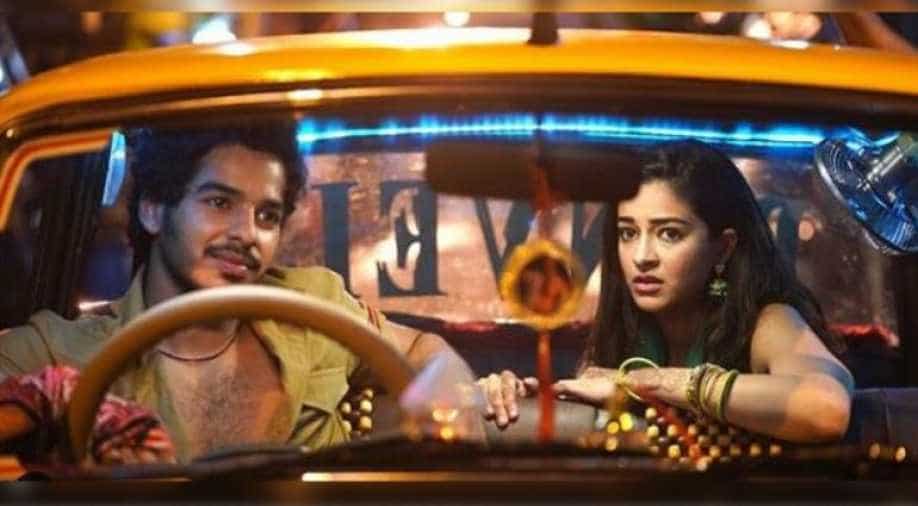 'Khaali Peeli' as well as 'Ka Pae Ranasingam' were released on OTT in a pay-per-view strategy.

The Indian government has decided to re open cinema theatres across the country from October 15 onwards. The first release post lockdown will be of Ishaan Khatter and Ananya Pandey starrer action drama 'Khaali Peeli'. The film recently launched on OTT and now will head to the big screens.

Trade analyst Komal Nahta on Friday tweeted that the Hindi film 'Khaali Peeli' and the Tamil film 'Ka Pae Ranasingam' would be released in theatres on October 16.

"Breaking news: KhaaliPeeli and Tamil KaaPaeRanasingam to be released theatrically on Friday, 16th October. While most multiplex chains have responded favourably to Zee Studios` move, a couple of them which are sitting on the fence, are also expected to come around," Nahta wrote on the microblogging site.

'Khaali Peeli' as well as 'Ka Pae Ranasingam' were released on OTT in a pay-per-view strategy.

The decision to release these films for the big screen comes after the government gave its green signal for cinemas to reopen amid the new normal.

Last week, Information and Broadcasting Minister Prakash Javadekar announced standard operating protocols (SOP) for cinema halls, stating that halls would be allowed to function with only 50 per cent occupancy.

Single screens and multiplexes were closed in March owing to the Covid lockdown.

Director Ram Gopal Varma plans to release his film 'Corona Virus' in theatres, too. It was shot during lockdown.