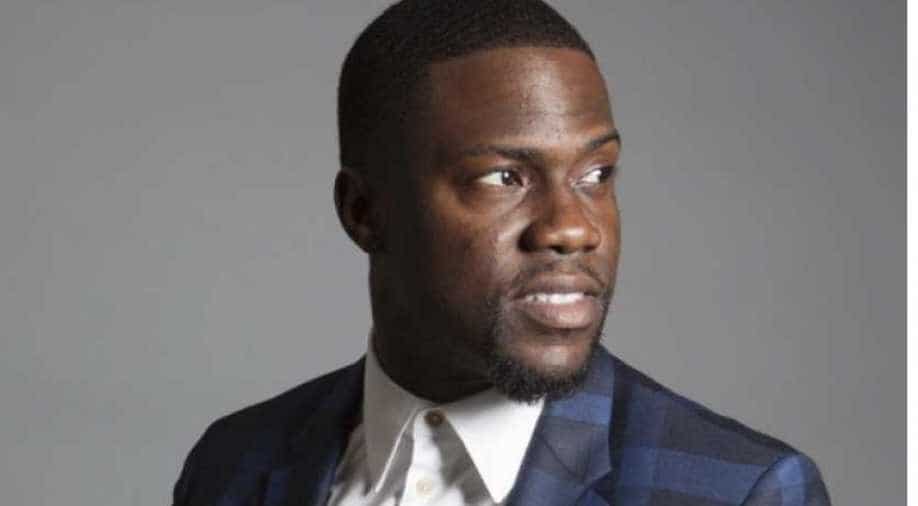 A source told People that the actor is now in recovery after surgery which dealt with his back injuries. The comedian is expected to stay in the hospital for a few days as he recovers.

The 40-year-old star was left injured when his vintage Plymouth Barracuda veered off the road in California on Sunday morning.

The actor was a passenger in his car when its driver, friend Jared Black, lost control and crashed through wooden fencing just before 1 am on Mulholland Highway in Malibu, a spokesperson for the California Highway Patrol shared.

The car crashed about 10 feet off the road and into a ditch, leaving Black and Hart with "major back injuries," TMZ reported on Sunday. A third occupant, Black`s fiance Rebecca Broxterman, was unharmed.

Hart left the scene and headed to his home nearby, but was later treated for his injuries at a local hospital.

Photos of the accident which were obtained by a website show that the blue car`s roof was completely crushed by the impact of the crash, with the rest of the vehicle appearing as a mangled wreck with a totally shattered windshield.

Authorities said that Black was "determined not to be under the influence of alcohol."Hart bought himself the Barracuda in July as a birthday present, and showed it off on Instagram shortly after making the big purchase, noting he`d nicknamed it "Menace."

I added some more muscle to the family for my 40th....welcome home "Menace" #MuscleCarLover

The `Night School` actor`s famous friends have been sending him well wishes since news of the accident broke, including close friend and frequent co-star Dwayne Johnson. The actor posted a still of the two shooting for the new `Jumanji` movie series together with a sweet caption."Stop messing with my emotions brother @kevinhart4real. We have a lot more laughing to do together. Love you man. Stay strong," Johnson wrote."I am praying for my friend @KevinHart4real. Please join me," actor Yvette Nicole Brown tweeted.

Many other celebrities sent uplifting messages to Hart, including his fellow comedians like Arsenio Hall, Gabriel Iglesias, Jeff Ross, and Ron Funches.On the work front, Hart is set to appear in `Jumanji: The Next Level` later this year, and he will also feature in 2020 drama film, `Fatherhood.`