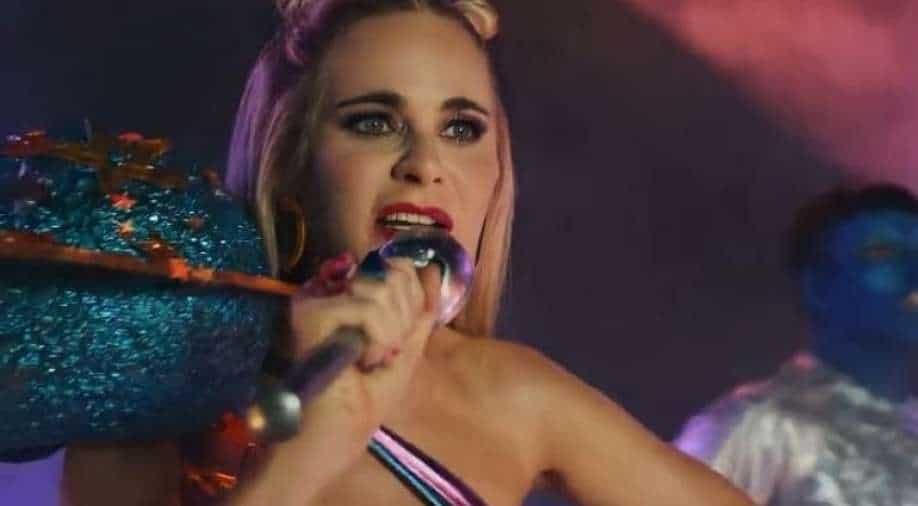 Zooey Deschanel in 'Not the End of the World' music video Photograph:( Twitter )

For years Katy Perry and Zooey Deschanel have been compared to each other for their similar looks.

For years Katy Perry and Zooey Deschanel have been compared to each other for their looks. Many have confused the actress to be the singer and the other way round. So it seemed natural when Perry decided to poke fun in her new music video at the comparison that two have been subjected to.

In the new music video of 'Not the End of the World' Zooey Deschanel gets abducted by aliens who actually wanted to kidnap Perry before the world ends.

As the video progresses it shows that inside the spaceship, the `New Girl` Deschenael star is welcomed by a large group of aliens, who believe her to be Perry. Deschanel attempts to explain the misunderstanding but it doesn`t seem to stick. The aliens explain that it is, in fact, the end of the world, as they rescued the star about an hour before Earth is set to self-destruct. Deschanel cons the two aliens responsible for the mistaken abduction into helping her save the planet. The star is then suited up in one of Perry`s iconic looks -- a bright blue wig.

More references to the hit 2014 album `Teenage Dream,` including nods to the `California Gurls` music video, are featured.
Just in the nick of time, Deschanel is able to pull a plug disconnecting Earth`s internet."Earth is saved!" reads a monitor aboard the ship.

The `Elf` actor then lip-syncs to the song while wearing a cosmic-themed outfit to perform for the aliens. They cheer loudly as Deschanel gives the camera a wink.

`Not the End of the World` was released earlier this year as part of Perry`s most recent album, 'Smile.'

Perry welcomed her daughter, Daisy, this summer, shortly before the album`s August 28 release.