Kareena Kapoor on #MeToo movement: We have to keep the momentum going 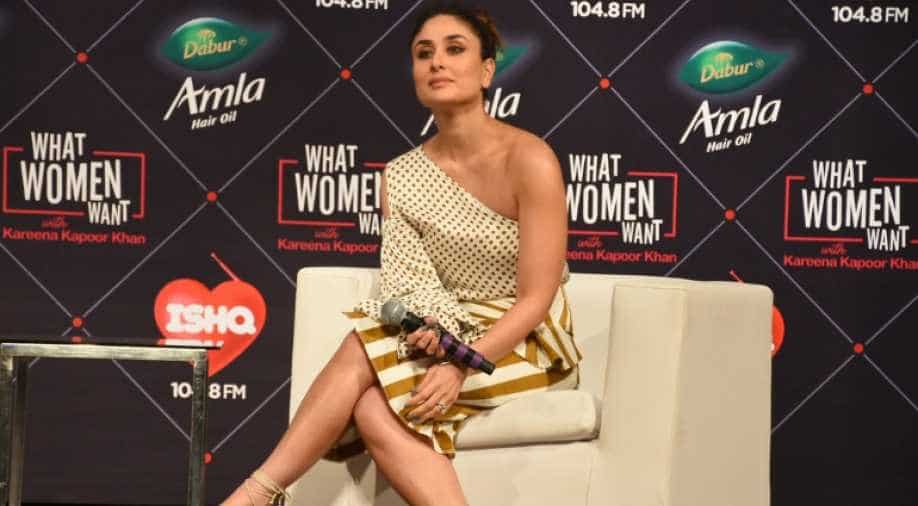 The 'Veere Di Wedding' star stated that it is important to address these issues as the stories do provide impetus to women to speak up.

Kareena Kapoor Khan has lauded the women who have had the courage to share their stories about harassment at the workplace. Kareena, who has till now maintained silence on the matter, spoke at length about the movement at an event on Tuesday in Mumbai.

The 'Veere Di Wedding' star stated that it is important to address these issues as the stories do provide impetus to women to speak up.

Kareena, who was speaking at the launch of her new radio show `What Women Want`, was asked if women require more than what the industry is giving in terms of security and safety."The fact that so many women have come out and spoken is a start. Earlier people have not spoken for years and today, people have come out and I really appreciate the women who had the courage to stand up and talk and that is going to help all of us change our workplace culture and give us security," replied the actor.

"And whoever it is, big or small, there is no place (for them), it has to be safe. It doesn`t matter if you are the biggest superstar or the smallest, but women have to be secure and the most important thing is that we have to keep the momentum going. We have to keep the conversation alive and once we keep that alive, a lot will change," Kareena added.

Kareena appreciated the change that the industry has witnessed over the past few months and said, "A lot has been assessed and a lot of stand has been taken. I am sure legal course is also being taken. So many women have spoken out and so much has happened. For years, people would hide behind the curtains but today, we are openly having a discussion about it. So, it`s a huge change."

The #MeToo movement, which began in Hollywood more than a year ago, gathered steam in India after actor Tanushree Dutta accused co-star Nana Patekar of allegedly harassing her on the sets of `Horn Ok Pleassss` in 2008. Since then, women from various walks of life, especially the media and entertainment industry have levelled allegations of sexual misconduct against Subhash Ghai, Alok Nath, Vikas Bahl, Kailash Kher, Chetan Bhagat, Sajid Khan, and Varun Grover among others even as they all have denied the charge.