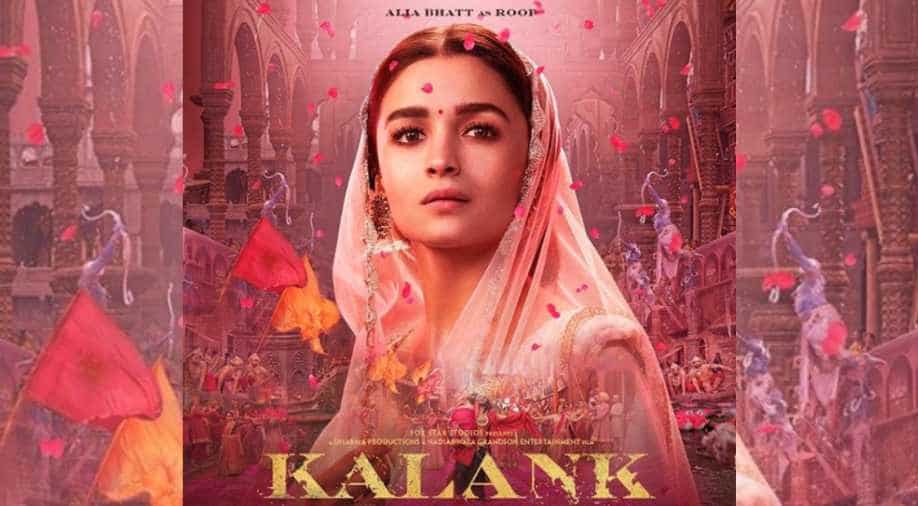 Alia Bhatt's character in the film is called Roop. 'Kalank' is slated to release on April 19, 2019.

Alia was seen ringing in her birthday with friends and family in Mumbai as she cut many cakes, surrounded by her mother and father. Mahesh Bhatt could be seen helping her with cutting the cake while mother Soni Razdan can be heard cheering for her.

See pictures and videos from her birthday celebration:

Sunshine mixed with a bit of magic. 🌸🌸🌸🌸🌸 Happy Birthday Alia. 💕

Happy Happy Birthday sweet Alia ... your light is shining brighter each day ... wish you all the light love and the bestest best of the rest in you life. Keep shining. Love you ❤️❤️❤️🌸🌸🌸💕💕💕

Meanwhile, her good friend and mentor Karan Johar whose production ‘Kalank’ stars the actress in an important role is ready and up for release. Slated to release on April 19, Karan wished Alia by releasing a beautiful still from the film. Alia looks vulnerable and strong at the same time in the new character poster. See other posters here.

The film stars Varun Dhawan, Alia Bhatt, Sanjay Dutt, Madhuri Dixit, Aditya Roy Kapur and Sonakshi Sinha in an epic love-saga that is based in the pre-independence era.