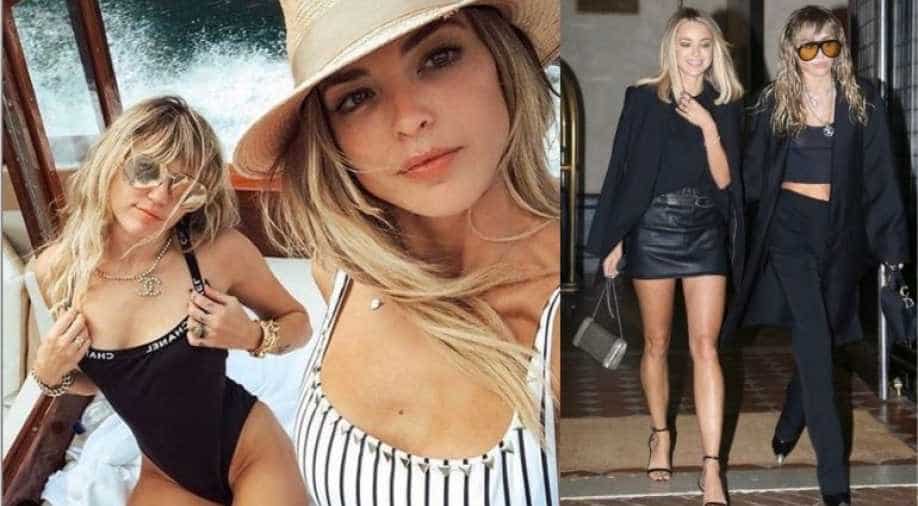 Cyrus and Carter's romance rumours came a day before the outlet confirmed that 'Hannah Montana' star and her husband and actor Liam Hemsworth had parted ways after almost eight months of marriage.

Seems like singer Miley Cyrus and Kaitlynn Carter's romance is heating up! Carter was recently spotted wearing a ring with the letter 'M' on a date with Cyrus in New York City. Carter was photographed with the ring on her engagement finger as she and the 26-year-old singer left their hotel in Manhattan, reported a magazine.

The 31-year-old was spotted with a gold ring on her engagement finger, which was inscribed with her Miley's first initial. Cyrus previously wore a necklace with the letter in the same font on the red carpet at the 2013 MTV Europe Music Awards.

A source told a magazine earlier this month that the couple has "really fallen'' for each other since they were first seen kissing on a vacation in Italy in August.

"Miley and Kaitlynn are on the same page, which is why they work so well together," the source said, noting that Carter's "free-spirited, nonjudgmental, fun personality" is what the 'Wrecking Ball' singer loves the most about her. The insider continued, "Miley feels she can totally be herself with Kaitlynn and is really comfortable around her."

Cyrus and Carter's romance rumours came a day before the outlet confirmed that 'Hannah Montana' star and her husband and actor Liam Hemsworth had parted ways after almost eight months of marriage.

Hemsworth officially filed for divorce on August 21. Before her relationship with the singer, Carter dated her 'Hills' co-star Brody Jenner for four years. The two tied the knot in Indonesia in June 2018. The two called it quits in August. The news came a week before Cyrus make-out photos with Carter.