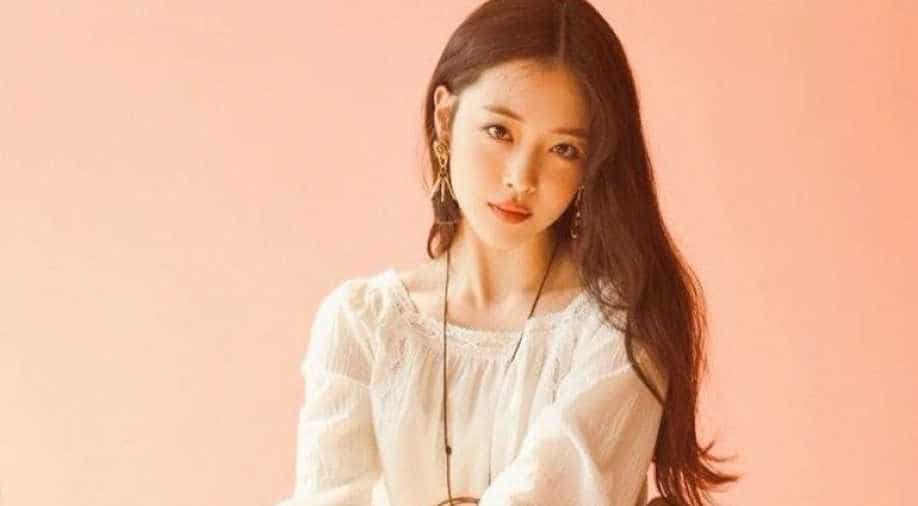 Sulli, a former South Korean singer-actress, was a rare taboo breaker in a world where K-pop stars` every move is strictly monitored by their management, but her death has exposed the dark side of the industry that propelled a global craze.

She unveiled her romantic relationship at the height of her career as a member of top girl group f(x) and was vocal about not wearing a bra, defying both the K-pop world`s careful brand management and conservative social attitudes towards young women - and provoking a stream of online comment. Also see: After Sulli, now online haters turn to K-pop star's ex boyfriend

Before her death on Monday aged 25, Sulli, whose real name was Choi Jin-ri and who police said was suffering from severe depression, spoke out strongly against cyber bullying.

Colleagues and experts said her death revealed the constant barrage of malicious online comments faced by young female artists in the public eye.

"She wasn`t just an issue-maker but I hope she will be remembered as a women`s rights activist who was free-spirited, who could truly speak her mind," said Kwon Ji-an, a fellow South Korean singer and painter.

Sulli`s most recent public appearance had been in a television programme in which K-pop stars spoke about their experiences with malevolent online postings.

Kwon, 35, better known by her stage name Solbi, was also subjected to cyber insults in 2009, when she was a member of K-pop group Typhoon, after being wrongly identified in a sex video that went viral online.

She sought therapy and learned painting, which was meant to be a way of "survival" but eventually became another career.
"I was too young and socially immature to digest all the glamour and changes in the environment, and there`s no self-medication whatsoever," Kwon said.

"Then how do you respond to all of those vicious online comments? If you explain, they`ll dismiss it as an excuse, and if you fight, they`ll dislike you even more."

Kwon called for a change in the anonymous comment culture on the Internet, which critics has long blamed for cyber bullying.
In South Korea, local web portals such as Naver and Daum are a major channel of news consumption, which allow users to leave comments without revealing their real names.

In the wake of Sulli`s death, fans flocked to the website of the presidential Blue House to file a petition urging the adoption of a real-name online comment system. A spate of related bills have for years been pending in parliament amid heated debate.

A poll by survey firm Realmeter released on Wednesday showed nearly 70% of South Koreans supported the scheme, while 24% opposed.

"The freedom of expression is a vital value in democratic society, but insulting and hurting someone else`s dignity is beyond that limit," said Lee Dong-gwi, a psychology professor at Yonsei University in Seoul. "There need to be far harsher penalties for those who violate that law."

The number of cases of cyber defamation or insult has almost doubled from 2014-18, police data shows.

Kwon has now found peace thanks, in part, to painting. When she released a new single album in 2017, she even sought to express her sufferings by dousing herself with black paint on the stage like a performance artist.

"I`d gotten treatment out of desperation that I really wanted to live," Kwon said. "I don`t get hurt any more even though I see those malevolent online comments, but now is time to discuss it as a serious social issue."