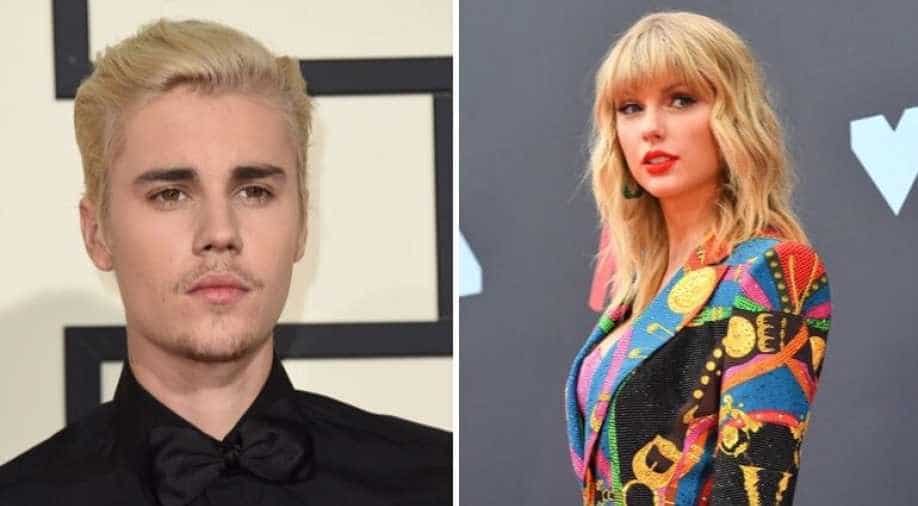 Justin Bieber made headlines when he imitated a viral clip of Swift that had aired on 'The Tonight Show' during his Instagram Live.

After a recent feud between singers Justin Bieber and Taylor Swift, Bieber insisted that all is cool between the two stars. In footage published online, the pop star was asked if everything is cool between him and Swift and he responded saying, "We've always been cool," reported news agency.

"Always homies. I'm done with all that other stuff. Other people's drama is not my drama," Bieber added before driving away. He is probably referring to the drama between his music manager, Scooter Braun, and Swift, who in June said that she was not given a chance to purchase her master recordings before Braun's company acquired her former record label and her old songs.

In a public statement, Swift said ''she was sad and grossed out by the incident and accused Braun of incessant, manipulative bullying for years." The singer also cited a 2016 Instagram post from Bieber that showed him FaceTiming with Braun and Kanye West.

"Taylor swift what up," the since-deleted caption read. In response, Bieber apologised for the post, which he termed as distasteful and insensitive, and defended Braun ".

Scooter has had your back since the days you graciously let me open up for you. As the years have passed we haven't crossed paths and gotten to communicate our differences, hurts or frustrations. So for you to take it to social media and get people to hate on a scooter isn't fair," he said in a lengthy Instagram post.

The 'Sorry' singer continued, "What were you trying to accomplish by posting that blog? Seems to me like it was to get sympathy u also knew that in posting that your fans would go and bully scooter. Anyway, One thing I know is both scooters and I love you. I feel like the only way to resolve conflict is through communication. So banter back and forth online I don't believe solves anything''.

"I'm sure Scooter and I would love to talk to you and resolve any conflict, pain or any feelings that need to be addressed. Neither scooter or I have anything negative to say about you we truly want the best for you. I usually don't rebuttal things like this but when you try and deface someone I love a character that's crossing a line," the singer added.

Recently, Bieber made headlines when he imitated a viral clip of Swift that had aired on 'The Tonight Show' during his Instagram Live. In the footage taken by Swift's mother, the star, who was recovering from LASIK eye surgery at that time of the video, got upset after accidentally picking a banana she didn't want off the vine.

Bieber's re-enactment caught the attention of Swift's fans, who were not pleased given the two singers' history.