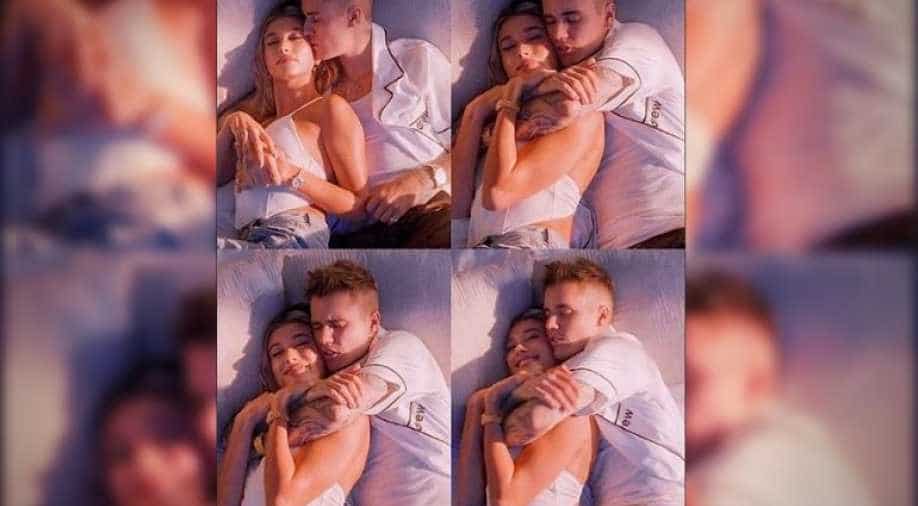 Their five-bedroom, seven-bathroom mansion, was nicknamed `The Tropics`, which Justin purchased after his and Hailey`s secret courthouse marriage in September 2018.

Justin Bieber and his wife Hailey have finally said goodbye to their Beverly Hills home after two years of their marriage.

According to a report in People, the pair has sold their 6132-square-foot mansion for USD 7.955 million, taking a loss of USD 545,000 after purchasing the home for USD 8.5 million in 2018. As per sources, Ariana Grande's fiance Dalton Gomez, who is a real estate agent, has helped the duo to sell their house.

The brokers told People that the Biebers has made sure to sell the house at a good discount and had also fully-furnished it for the buyer. "Justin Bieber owning the home had no bearing on the buyer`s decision, but it doesn`t hurt for resale," the broker told.

Their five-bedroom, seven-bathroom mansion, was nicknamed `The Tropics`, which Justin purchased after his and Hailey`s secret courthouse marriage in September 2018.

People reported that the lavish property is imbued with the current mix of Hollywood glamour and casual California style making it a very unique property. Inside, the house boasts white-oak floors and kitchen cabinets, as well as large steel-case windows. Common spaces include a living room with a fireplace, a formal dining room, a poolside patio, and an open kitchen that is outfitted with a lineup of high-end appliances.

The couple, who tied the knot in a New York City courthouse in September 2018, also has a massive USD 26 million mansion in the same city, and they officially put `The Tropics` on the market in October 2020.

As per sources, the new house has a vaulted ceiling with exposed wooden beams and a marble fireplace in the bedroom, with an attached bathroom featuring a soaking tub, dual vanities, and a large shower. There is also a walk-in dressing room/closet. There is also an Art Deco-style bar and a soundproof screening room, inspired by the nearby Beverly Hills Hotel. Not only this, but the outside of the house is also decorated with an infinity-edge pool and a cabana enclosed by olive trees with a gated courtyard and private backyard having a space for barbecue, fireplace, and towering hedges. Besides this, the couple also shares a massive property near Justin`s hometown of Stratford in Ontario, Canada.