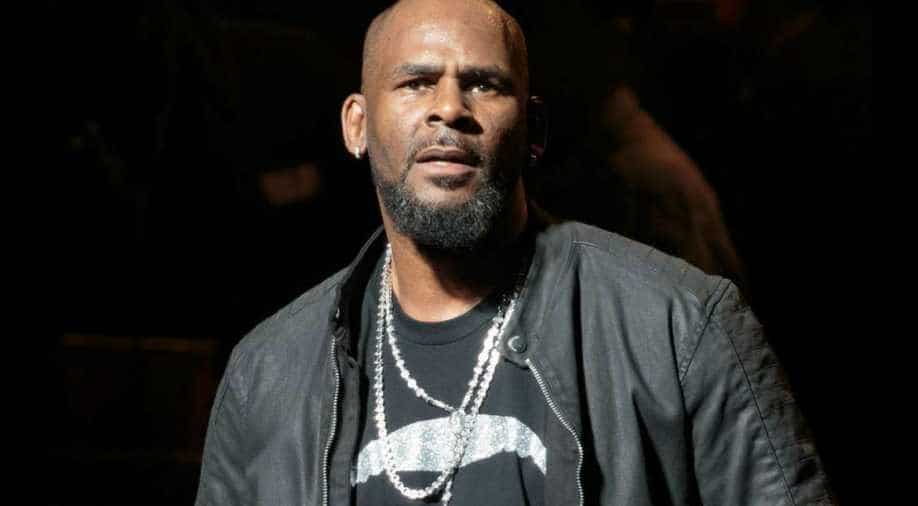 R. Kelly, the disgraced R&B superstar who faces a battery of sex abuse charges in several US states, appeared in court Monday as jury selection began in his federal New York trial.

R. Kelly, the disgraced R&B superstar who faces a battery of sex abuse charges in several US states, appeared in court Monday as jury selection began in his federal New York trial.

The 54-year-old appeared stoic in a navy blue suit as the questioning of jurors began in the Brooklyn court, where he faces charges of racketeering, sexual exploitation of a child, kidnapping, bribery and forced labor, spanning from 1994 to 2018.

Deveraux Cannick, one of Kelly's lawyers, was reticent when asked by AFP how he was feeling, smiling and saying: "Just another Monday."

All prospective jurors will remain anonymous and be partially sequestered throughout the process. Those selected for the trial will be escorted to and from court by US marshals, which is not abnormal in such high-profile trials.

Following jury selection, opening statements and testimony are due to begin August 18. It is expected the trial will last at least four weeks.

New York is the first state to see Kelly stand trial in connection with a raft of state and federal indictments in four different jurisdictions.

One woman was excused because in her pre-selection questionnaire she said "women don't lie" about suffering rape or abuse. When the judge probed her stance, the woman clarified that she thought it was rare that a woman would come forward with a false abuse allegation.

Another woman said that as a child she experienced similar abuse to that detailed in the charges against Kelly, also leading the judge to dismiss her from jury duty.

One man was excused because he said he would find it difficult to remain impartial when faced with evidence of sexual activity between members of the same sex, which the judge said would be exhibited.

Twelve jurors and six alternates will be selected -- and those chosen will be the only members of the public to view the trial in person, a decision the court made due to the spread of Covid-19.

Potential jurors, all of them masked, were not questioned about their vaccination status. Lawyers on both sides along with Judge Ann Donnelly did not wear masks, though Kelly at one point did.

In an unusual step for such a high-profile case, reporters and other members of the public must watch from several "overflow" rooms, on relatively small, grainy screens.

When evidence is presented it is unlikely to be viewable by observers from those rooms.

The New York indictment details lurid claims that Kelly operated a crime ring that systematically recruited and groomed young girls to have sex with him, locking them in their rooms at hotels when he was on tour, instructing them to wear baggy clothing when not with him, "to keep their heads down" and to call the singer "daddy."

Many of the "recruits" were under 18 years old, say prosecutors, who among other disturbing allegations say Kelly's "enterprise" facilitated sex without disclosing a sexually transmitted infection the singer had contracted.

The indictment also says part of the ring's job was to isolate girls and women, and make them "dependent on Kelly for their financial well-being."

Among the alleged victims listed in the indictment is "Jane Doe #1," widely believed to be the R&B singer Aaliyah, who died in a plane crash at age 22 in 2001.

The prosecution alleges that Kelly paid an Illinois government employee in 1994 to obtain a fake ID to marry an underage girl. Kelly notoriously married Aaliyah when she was 15 and he was 27, a union that was later annulled.

Federal judges in New York and Chicago, where Kelly also faces charges, have denied him bail, citing a flight risk, danger to the community and the prospect of witness tampering.

Despite the slew of unsettling claims and several out-of-court settlements, the singer known for hits like "I Believe I Can Fly," "Bump 'N Grind" and "Ignition (Remix)" maintained a staunch fan base, continuing to tour worldwide.

The accusations only gained ground in the post-#MeToo era in 2019, when a new docuseries "Surviving R. Kelly" renewed focus on the claims.