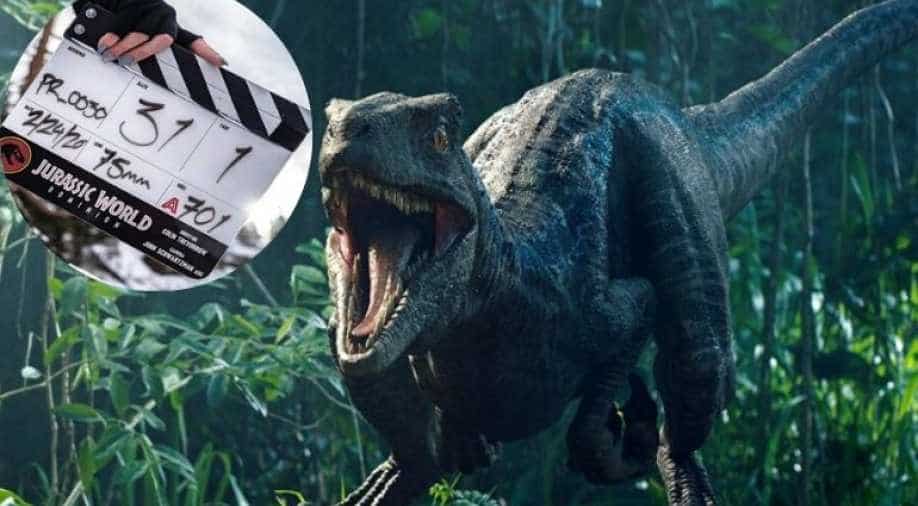 Universal and Amblin Entertainment have set the release date for 'Jurassic World: Dominion' as June 11, 2021.

Filmmaker Colin Trevorrow revealed the title of the much-anticipated sequel to the famous 'Jurassic Park' franchise as 'Jurassic World: Dominion' and also announced that they have begun the shooting for the science-fiction adventure film.

Trevorrow shared a photo from the first day of filming and revealed that the third instalment is called 'Jurassic World: Dominion'. He wrote, "Day One #JurassicWorld." Actor Chris Pratt also shared a tweet that reads, "Day 1 of 100 JURASSIC WORLD do*min*ion /d@`miny@n/ 1. sovereignty or control. "man`s attempt to establish dominion over nature" #JurassicWorldDominion Hold onto your butts. "

Laura Dern also shared the picture on Instagram and wrote, "Shall we?#JurassicWorldDominion."According to the news agency, the final moments of 2018's 'Jurassic World: Fallen Kingdom' suggested that the dinosaurs would be inheriting the Earth.

Jake Johnson, Omar Sy, Mamoudou Athie and DeWanda Wise are also on the call sheet.The script for the flick has been penned by Emily Carmichael along with Trevorrow, who also directed the 2015 reboot of the franchise and was co-writer of 'Fallen Kingdom'.

Trevorrow has teamed up with Steven Spielberg for executive producing; Spielberg is the filmmaker behind the original movie in the 1990s. Pat Crowley and Frank Marshall are returning as producers.Universal and Amblin Entertainment have set the release date for Jurassic World: Dominion` as June 11, 2021.