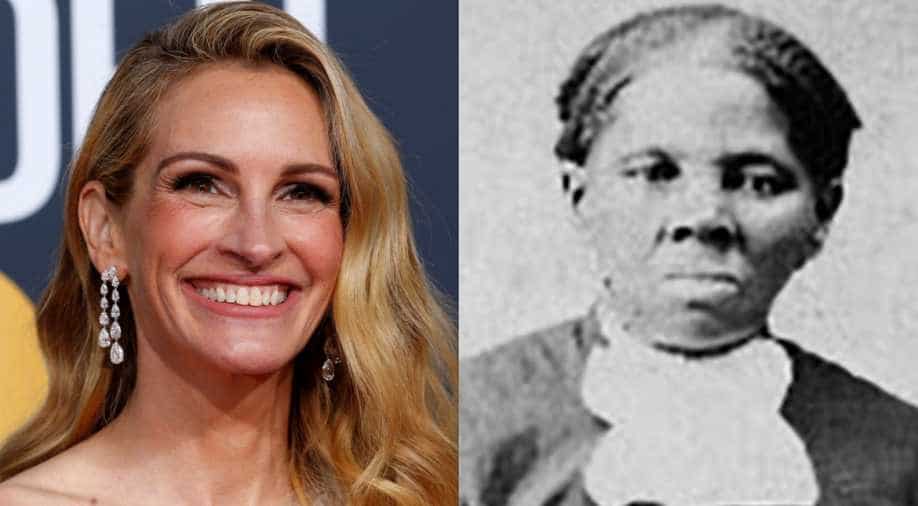 'Harriet' is the first movie about Harriet Tubman, a black woman born into slavery in the early 1800s in Maryland. Photograph:( Reuters )

Gregory Allen Howard, the co-writer of the new biopic 'Harriet,' starring Cynthia Erivo, said the idea was floated 25 years ago by a former movie studio executive.

A Hollywood movie studio executive once suggested that Julia Roberts could play Harriet Tubman, the 19th century escaped slave who is seen as an African-American icon.

Gregory Allen Howard, the co-writer of the new biopic 'Harriet,' starring Cynthia Erivo, said the idea was floated 25 years ago by a former movie studio executive.

"Picture 1994: 'This is a great script. Let’s get Julia Roberts to play Harriet Tubman,' said the then-president of a studio sublabel," Howard wrote in an article for the Los Angeles Times on Tuesday, describing his long journey to bring Tubman's story to the big screen.

"Fortunately, there was a single black person in that studio meeting 25 years ago who told him that Harriet Tubman was a black woman. The president replied, 'That was so long ago. No one will know that',” Howard wrote in the first-person piece.

He did not name the studio or the executive.

'Harriet,' which opened in US movie theatres on Nov.1, is the first major movie about Tubman, who was born into slavery in the early 1800s in Maryland. As a young adult, she escaped slavery by running nearly 100 miles through forests and fields. She then risked her life several times to return to Maryland and lead dozens of slaves to freedom via the Underground Railroad.

Howard said he had never given up efforts to get the film made but said the climate in Hollywood had only changed following the 2013 Oscar-winning movie '12 Years a Slave' and the #OscarsSoWhite controversy in 2016 when all 20 acting nominees were white.

"It’s no accident that 'Harriet' went into production nine months after the release of 'Black Panther',” Howard added.

Superhero movie 'Black Panther,' the first Marvel Comics movie to feature a predominantly black cast, became the second highest-grossing film of 2018, taking in $1.3 billion at the global box office. It won three Oscars and a sequel has been announced for 2022.