Jose Jose, one of Mexico's most-loved voices, dies at 71 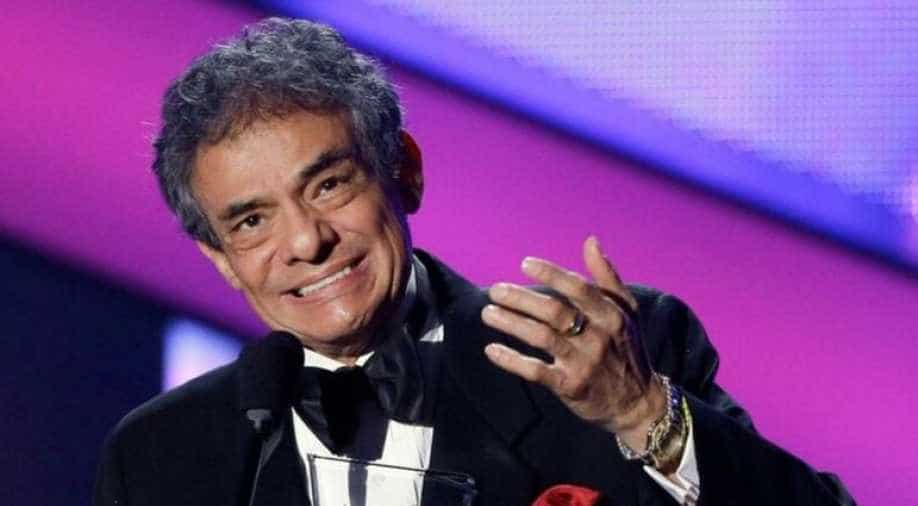 Mexican singer Jose Jose, whose powerful, romantic ballads captivated Latin America for more than half a century, died on Saturday.

Mexico's Culture Ministry expressed its condolences in a statement, calling Jose Jose, whose real name was Jose Romulo Sosa Ortiz, "one of Mexico's most loved voices."

Jose Jose received several Grammy nominations, sold more than 250 million albums and was once courted by music legend Frank Sinatra, who wanted to win him for his own label.

He is often considered Mexico's most successful singer and was also an occasional actor. "It is sad, his passing," Mexican President Andres Manuel Lopez Obrador told reporters.

Mexico City residents gathered for an impromptu tribute at a statue of the singer, laying wreaths, and singing his songs. Some were in tears.

'The Prince of Song', as the Mexican was affectionately called by his fans, was born into a family of musicians and raised in Mexico City.

Son of tenor Jose Sosa Esquivel and pianist Margarita Ortiz Pensado, Jose Jose began his musical career as a child: he debuted in the school choir and in 1963 formed a musical trio formally starting his career at age 15.

Initially, he appeared in nightclubs and even formed a jazz and bossa nova group in which he played the double bass; later, he scored a contract with the Mexican subsidiary of the international label RCA Victor.

In 1969, he released his first album under the pseudonym of "Jose Jose." The singer said later that his artistic name was inspired by the name of his father, who died in 1968 of alcoholism.

Jose Jose conquered the Spanish-speaking world with the interpretation of 'El Triste' at the 1970 Latin Song Festival that took place in the Mexican capital. It became the performance that catapulted him to stardom.

The sudden fame also brought negative consequences. Like his father, he fell into alcoholism and had to take some time out. He returned to the stage in 1971 but continued to suffer from alcoholism for 30 more years.

The 1980s became the most successful decade of his career, during which he sold two million copies of his album 'Secrets' in just a few weeks while also making his debut in the cinema.

But his dipsomania and lack of rest irreparably damaged his vocal cords, forcing him to undergo several operations that failed to restore them. In 2007, he also suffered a facial paralysis.

As a result of his alcohol addiction, Jose Jose`s health deteriorated rapidly since the 1990s. Even so, supported by his wife, Cuban Sarita Salazar, Jose Jose recovered and continued his career. In recent years he gained a star on the Hollywood Walk of Fame.

Mexican broadcaster Televisa reported the singer died in Miami at 71 after complications following treatment for pancreatic cancer. Two years ago he announced that he had a tumor in the pancreas that was being treated with chemotherapy.

Many of his works inspired a younger generation of artists and musicians, including Latin pop star Julio Iglesias, who interpreted Jose Jose`s first big hit 'The Ship of Oblivion'.

His son Jose Francisco, known as Jose Joel, who is also a musician, changed his profile picture on Twitter to a black ribbon. His daughters Marysol and Sara have also followed the family tradition into music.