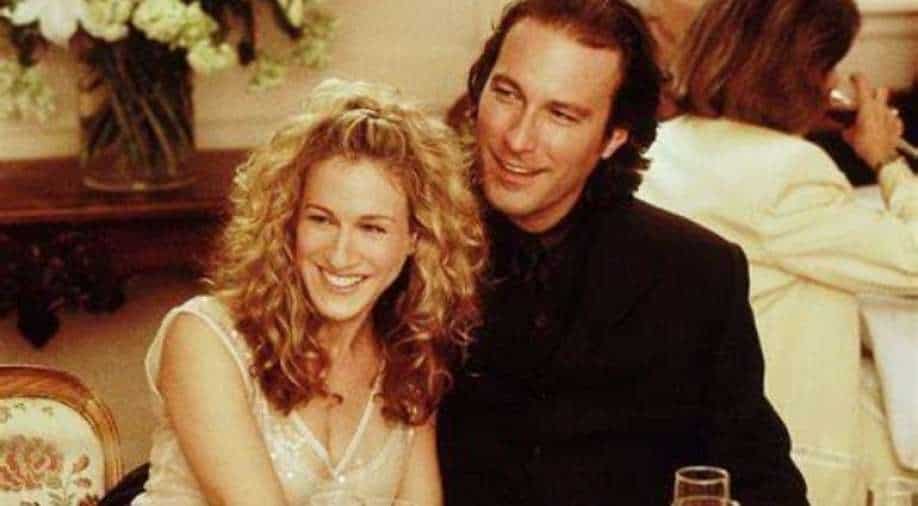 John Corbett in 'Sex and the City' Photograph:( Twitter )

The upcoming series will consist of 10 half-hour episodes and is set to begin production in New York City in late spring.

John Corbett is reprising his role of Aidan Shaw in the 'Sex and the City' series reboot 'And Just like that'. John played Carrie Bradshaw's ex-fiancé Aidan in the iconic series.

“I’m going to do the show,” he told page six in a new interview, adding that the news is “very exciting” for him. HBO has neither announced nor confirmed the actor's involvement in the reboot yet.

When asked about how many episodes he is going to their he said, “I think I might be in quite a few.”I like all those people, they’ve been very nice to me,” he added. In the series, Corbett played furniture designer Aidan, whom Sarah Jessica Parker’s Carrie not only cheated on with Mr Big played by Chris Noth, but subsequently dumped when he wanted to get married. His character later appeared in the movie sequel.

As for now, Chris Noth who played Mr Big reportedly will not be returning in the 'Sex and the City' reboot and one of the four girls Kim Cattrall won’t be reprising her iconic role as publicist Samantha Jones.

Back in January, the makers officially announced that the revival series was coming and would be titled 'And Just Like That'. Parker, Kristin Davis (Charlotte York), and Cynthia Nixon (Miranda Hobbes) are all reprising their roles in the project. The show will follow Carrie, Miranda, and Charlotte as they navigate friendship in their 50s