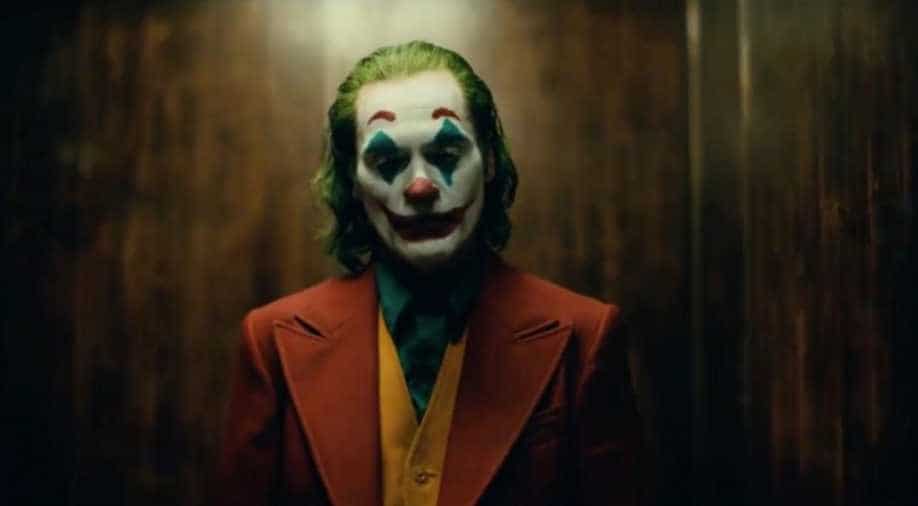 Phoenix said that it was necessary for him to have a delicate frame as it helped carry out the iconic comic book villain`s movements and mannerisms.

Actor Joaquin Phoenix, who is receiving rave reviews for his performance in the upcoming film `Joker`, lost a whopping 52 pounds and the transformation took a toll on him.

The actor revealed that he developed a `disorder` and became `obsessed` with his new weight, reported E! News.

Phoenix opened up about how shedding the weight took a toll on him, revealing that it became a "disorder" for him.

"Once you reach the target weight, everything changes. Like so much of what`s difficult is waking up every day and being obsessed over like 0.3 pounds. Right? And you really develop like a disorder," the Oscar nominee said.

But in light of the physical and mental challenges of losing so much weight, Phoenix said that it was necessary for him to have a delicate frame as it helped carry out the iconic comic book villain`s movements and mannerisms."But I think the interesting thing for me is what I had expected and anticipated with the weight loss was these feelings of dissatisfaction, hunger, a certain kind of vulnerability and a weakness," Phoenix said.

"But what I didn`t anticipate was this feeling of kind of fluidity that I felt physically. I felt like I could move my body in ways that I hadn`t been able to before. And I think that really lent itself to some of the physical movement that started to emerge as an important part of the character," he added.

Phoenix also revealed that the late actor and performer Ray Bolger influenced Joker`s dance moves in the movie."There was a particular song called `The Old Soft Shoe` that he performed and I saw a video of it and there`s this odd arrogance almost to his movements and, really, I completely just stole it from him," the star said."He does this thing of turning his chin up. This choreographer, Michael Arnold, showed me that and tons of videos and I zeroed in on that one. `That was Joker, right?` There`s an arrogance to him, really. That was probably the greatest influence. But also disco," Phoenix added.

While the actor`s performance is being largely praised, the film, on the other hand, is being criticised for its dark content and sympathetic tone towards the villain. Directed by Todd Phillips `Joker` features a new take on the comic book character`s origin story, and follows an aspiring stand-up comedian called Arthur Fleck (Phoenix) whose mental health issues escalate, ultimately leading him to a life of criminality.

The upcoming flick is a part of the DC Comics universe but will serve as an independent origin story and will not feature any appearances by Batman and other caped crusaders.

The film is getting early Oscar buzz after winning the Golden Lion, the Venice International Film Festival`s top award. Earlier this month, `Joker` received an eight-minute standing ovation at its Venice Film Festival premiere for the origin story that the makers mapped out for Batman`s arch-villain - Joker.

The movie is slated to release on October 2 in India.