Joaquin Phoenix and Rooney Mara are expecting their first child together 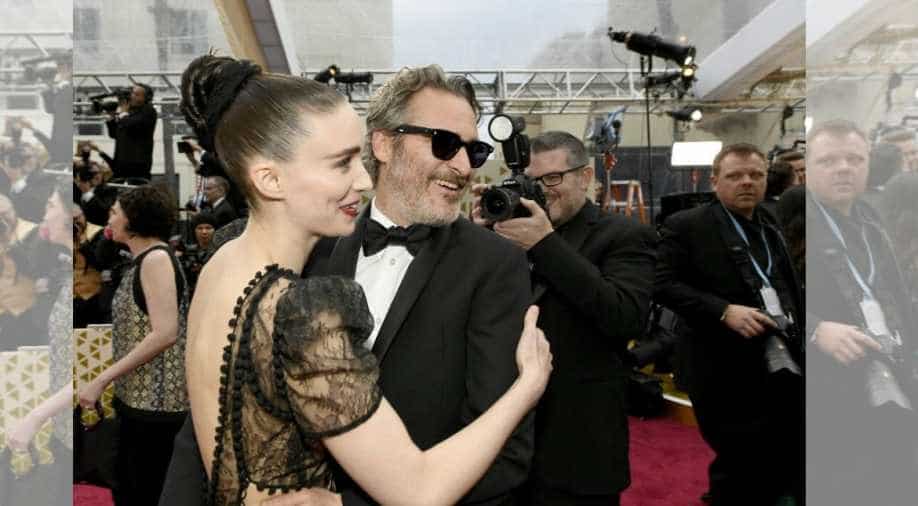 Joaquin Phoenix and Rooney Mara have been in quarantine at their home in Los Angeles.

Several Hollywood celebrities are all set to embrace parenthood like Sophie Turner with Joe Jonas and Gigi Hadid with Zayn Malik. Joining this list now is Joaquin Phoenix and Rooney Mara.

Oscar-winner Joaquin Phoenix and partner Rooney Mara are expecting their first child together. The pair have been in quarantine at their home in Los Angeles.

Their pregnancy news was first speculated when Mara was spotted wearing baggy clothes to cover her baby bump. It was later discovered that she is apparently six months. There is no official statement given by the couple yet.

Earlier, Joaquin Phoenix admitted to a magazine that he was initially convinced that Mara 'despised' him. Eventually, he realised that the 'Carol' star was interested in him but was too shy to express it.

“She’s the only girl I ever looked up on the internet,” Phoenix explained. “We were just friends, email friends. I’d never done that. Never looked up a girl online.”