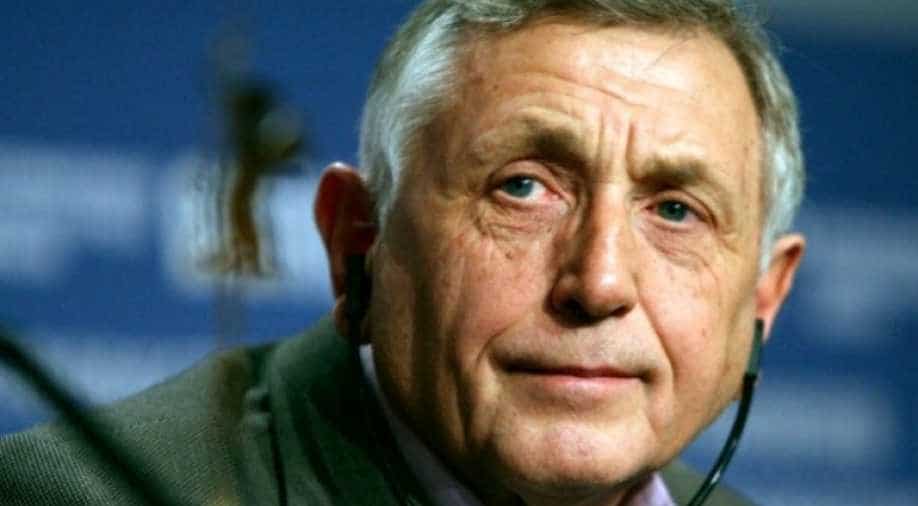 Jiri Menzel was the winner of the Academy Award for the best foreign-language film for the 1966 bittersweet Nazi occupation story 'Closely Watched Trains'.

According to a news agency, Menzel's death was confirmed by his wife, Olga, who posted the news on Instagram and Facebook late Sunday. Menzel was 82.

Winner of the Academy Award for the best foreign-language film for the 1966 bittersweet Nazi occupation story 'Closely Watched Trains', Menzel was a leading figure of the Czech New Wave along with boundary-breaking directors such as Milos Forman and Vera ChytilovaMenzel was also nominated for a foreign-language Oscar in 1986 for the dark comedy 'My Sweet Little Village'.

He was celebrated for his ironic takes on life, satires of authority figures and classic Czech character studies.He won the Czech Lion for lifetime artistic contribution and was honoured by the Karlovy Vary festival.

He had received the Medal of Merit, the French Order of Arts and Literature and a score of other international awards.In film and television, he performed some 80 roles, his last role as the title character in the Czech-Slovak co-production drama directed by Martin Sulik, 'The Interpreter'.

Czech director Jan Hrebejk, who was nominated for an Oscar for his 2000 film 'Divided We Fall', tweeted about Menzel "I thank him for everything he did for us. Goodbye, sir!". Menzel had been cared for at home by his wife after health problems followed a 2017 brain surgery and meningitis.

She commended Menzel's 'bravery, taste, extraordinary will to live and humour' in an online post on Sunday.He is survived by his wife and two daughters, Anna Karolina and Eva Maria.