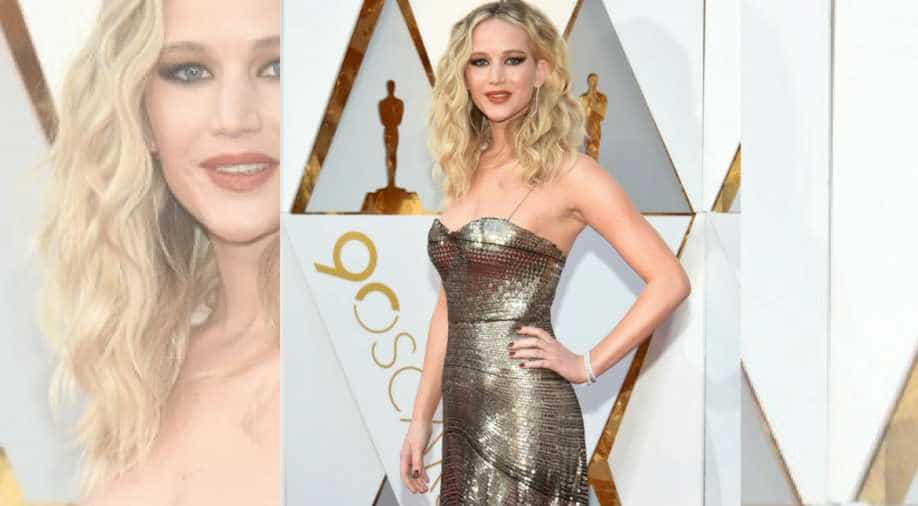 She started dating Cooke Maroney, the director of the Gladstone 64 art gallery in June 2018.

Jennifer Lawrence and fiance Cooke Maroney have now sparked marriage rumours after they were spotted at a marriage bureau in New York.

The much-in-love couple was spotted on Monday as Jennifer wore a grey blazer and jeans while clutching a paper. Cooke was sporting a white sweatshirt and they looked at ease on their way.

An eye witness was reported to have tweeted, "When you go get your marriage license and Jennifer Lawrence walks by to tie the knot before your eyes. Yeah, kids, City Hall is COOL. The place to go!" The tweet stands deleted as of now.

Jennifer and Cooke got engaged in February this year and she recently confessed that she had suffered a "bridezilla" moment.

Speaking about the wedding, the Oscar-winning actress insisted she wasn`t nervous, saying, "I`ve been in a good place. I haven`t been neurotic about it. I`m like, too lazy to be neurotic."

She also shared that marriage was not on her mind until she met Cooke. She dated another actor Nicholas Hoult for four years before this. She said, "I definitely wasn`t at a place where I was like I`m ready to get married."

She started dating Cooke Maroney, the director of the Gladstone 64 art gallery in June 2018.