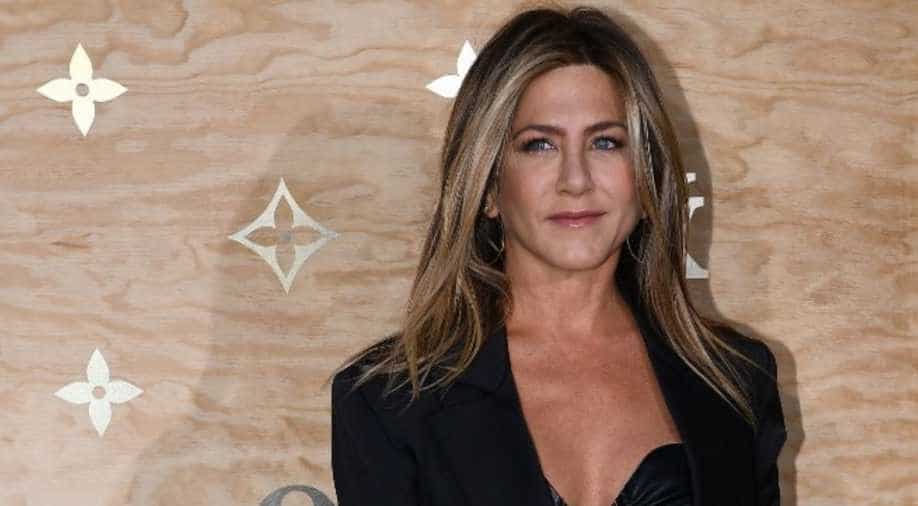 The 'Friends' star will make her return to TV by the upcoming series 'The Morning Show', which focuses on the drama-filled, highly-competitive business of producing morning news.

During childhood, even the slightest of criticism can leave a huge impact on kids. Children often hear comments that stay with them throughout their teenage and sometimes even impact the decisions they make later in life. And celebrities are no different.

American actor Jennifer Aniston recently opened up about a painful childhood incident that she overcame with the help of the beloved sitcom 'Friends' and how that impactful moment remains a cornerstone of her sense of power even today, reported by news agency.

Reflecting upon the incident, Aniston recalled, "I remember a parental figure saying to me around the critical age of about 11, after a dinner party, that I was excused from the table because I didn't have anything interesting to add to the conversation."

Aniston added, "I always felt incredibly comfortable giving a voice to the words of others but put me in a table full of strangers and I'd go right back to being 11 years old".

The 'Murder Mystery' star shared that the effect the moment had on her followed her all the way to her breakthrough role in 'Friends', which is when, the actor said, she started seeing herself 'in a different light'.

''These last two years have really made me think a lot about the messages we send young kids little girls especially. How the things we say and do can either build them up or tear them down. And make them feel like maybe their voices don't matter," Aniston said.

The star, speaking about 'Friends', said, "I started meeting all of these people who expressed to me how much the show meant to them how it lifted their spirits during a bad breakup or got them through an illness. I was just so incredibly moved by that ".

"And I began to change the way I thought about my own voice, and what it meant to have a platform to use it," Aniston added. The actor's platform has extended far beyond 'Friends', although it made her a household name.

The 'Horrible Bosses' star will make her return to TV in Apple's upcoming series 'The Morning Show', which focuses on the drama-filled, highly-competitive business of producing morning news.

Apart from Aniston, the series also features Reese Witherspoon and Steve Carrell. Aniston and Witherspoon are also serving as the executive producers for the show.

'The Morning Show' is slated to premiere on November 1 on Apple's streaming service Apple TV+.