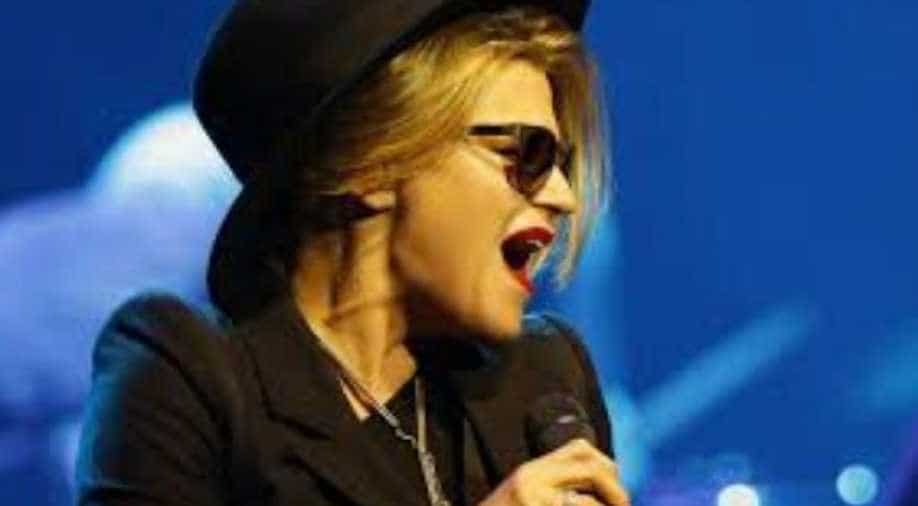 Melody Gardot, who sells more records in Europe than in the United States and is very popular in France.

American jazz singer Melody Gardot is inviting musicians around the world to play along digitally on her new album to overcome the solitude and financial strain of coronavirus lockdowns.

For the song 'From Paris with Love' on her new album, Gardot is asking orchestra musicians worldwide - strings, woodwinds or harp - to contribute remotely by playing along to a score and a backing track.

Producers will assemble the performances into what she calls a 'digital global orchestra' to make it sound as if all musicians are playing together in the same room. The chosen musicians will be paid professional studio rates and royalties will be donated to charities benefiting healthcare workers.

Confined in her home in Paris, Gardot had been set to record part of her new album with the London Symphony Orchestra just before a Europe-wide coronavirus lockdown put an end to all music production.
For the video clip of the song, Gardot has invited fans to contribute short video portraits of themselves from wherever they are in the world with a sign 'From (their city) with Love'.

"We all worry about contagion now, but a smile is one of the contagious issues that I would like to have," Gardot told Reuters.

"It can make us feel a little more connected despite what is going on. We cannot touch each other, we cannot travel, this is kind of a postcard," she said.

Participating musicians will receive instructions on how to record and film themselves performing the piece at home and can file their contributions till May 18 at midnight.

Gardot, who sells more records in Europe than in the United States and is very popular in France, is one of many musicians worldwide who have tried to break the barriers of lockdown by using social media for live or recorded performances.

The Grammy-nominated singer said the lockdown had knocked her out of her rhythm of constant touring, often playing several days a week, 11 months a year, but she said the isolation had been relatively bearable compared to being in the hospital for a year after being knocked off her bike by a car when she was 19.

"(the lockdown) is heartbreaking in a fraternal way, but for myself, I have seen rainier days," she said.