Javed Akhtar: We are in habit of complaining about government of any party 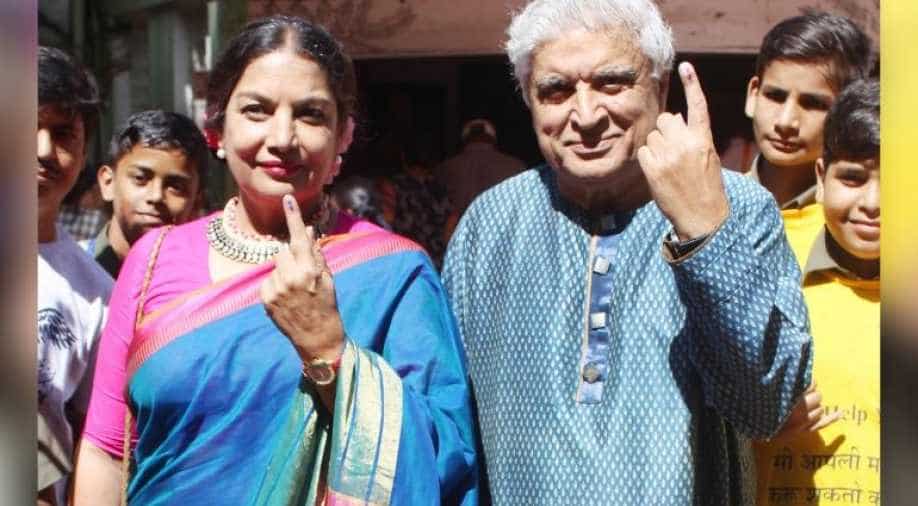 Veteran actor Javed Akhtar and his wife Shabana Azmi were among those who stepped out to participate in the celebration of democracy by casting their votes in Mumbai on Monday.

Javed also criticised the people who continuously complain about the governments which failed to keep up with their promise. "We people are in the habit of complaining, be it any political party in power," he said.

Using their star power, celebrities continued to urge their fans to exercise their right to vote and chose the deserving candidate. "It's important for the country to get developed and to do so only the right kind of government should be in power. We should be proud of ourselves that we as citizens have the responsibility to bring that government in power," said Pankaj Udhas, 'Chitthi Aayee Hai' singer while talking to ANI.

Elections began in 288 Assembly constituencies of Maharashtra at 7 am today and will continue till 6 pm. The counting of votes will be held on October 24. In Mumbai, 9,894 polling stations have been set up at 1,537 locations for voting. 36 out of 288 seats come in the city of Mumbai where 334 candidates are in the fray. The city has 97.72 lakh registered voters.