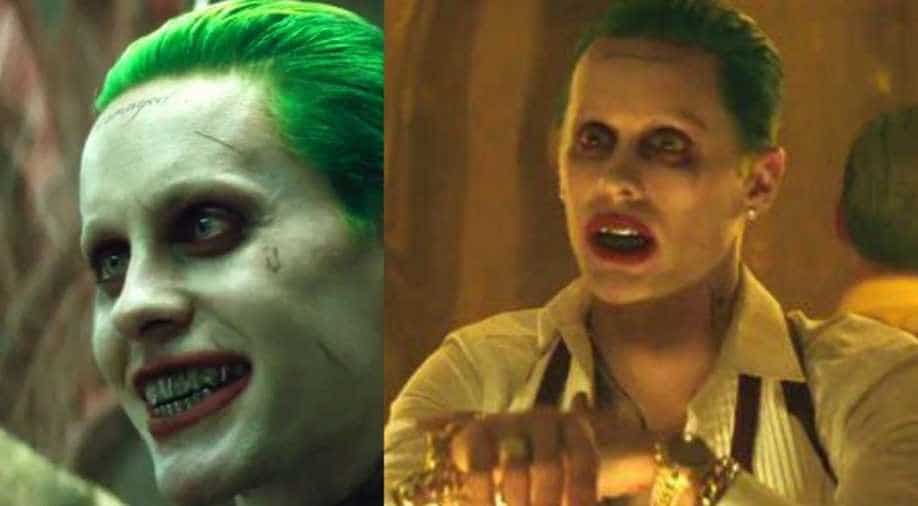 After making his return as the Joker in Zack Snyder's 'Justice League', Hollywood star Jared Leto recently spoke to Stephen Colbert about taking on the "incredible" role once again.

According to the Hollywood Reporter, while appearing on `The Late Show`, Leto expressed how grateful he was to be a part of Snyder`s `Justice League` and referred to the 'Snyder Cut' as "one for the ages." The movie will mark Leto`s first comeback as the fan favourite Joker after portraying the classic DC villain in 2016`s 'Suicide Squad'.

Colbert was quick to mention how it is discussed that Leto's 'Justice League' appearance could mark a "redemption" to "expand the character". But Leto reiterated that he simply felt honoured to be asked by Snyder to step into the iconic villain`s shoes again. Leto said, "I was just happy to be a part of his dream and to get asked to play the Joker for a second time was just a treat. It is one of those roles that is just incredible."

During his appearance on Colbert`s show, Leto could be seen wearing a "We Live in a Society" shirt. He said profits from sales of the shirt will go to the American Foundation for Suicide Prevention, as a homage to a popular Joker-related meme and a line he ad-libbed in a now-infamous `Justice League` scene that appeared in a new trailer for Snyder`s Justice League. The clip of Leto reciting the line went viral on social media and left many fans thrilled.

In order to further compare Leto`s original Joker portrayal to the new film, Colbert held photographs of the actor posing in the character`s then-green hair with skin covered in tattoos in Suicide Squad to the darker and more frightening Joker in 'Justice League'.

Reacting to both photographs, Leto explained that it shows "there is some years apart" between the two. Leto said, "I think it is an evolution. It is common when working with a different director that they bring out different things in you."

Earlier in the day, Leto took to Twitter and honoured Snyder ahead of the film`s release. "Zack, you are a warrior and a madman. You know this world like nobody else and it was incredible to be a part of retelling this story in the way that you always dreamed of," he wrote alongside a photo of himself on set with the director.

As per The Hollywood Reporter, Ben Affleck, who reprises his role as Batman in `Justice League`, and Leto ended up shooting their scenes separately due to scheduling issues, with the scene completed over three days late last year.